OTT Will Force Trad TV To Move To On Demand, Free Up Broadband 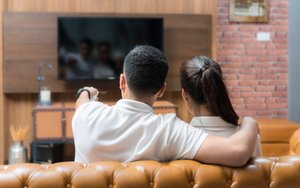 All this could happen soon -- in theory. “If this broad reshaping of TV technology and distribution came to pass, which would likely take five years, we believe that smaller companies would follow and the industry could be much more competitive and stable.”

He warns if the TV industry doesn’t form some sort of coalition “operating performance and stability will come under increasing pressure.”