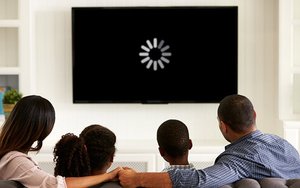 Buffering/delayed starts of streaming programming affected nearly 75% of participants in a survey done by IBM’s Clearleap, the cloud video platform .

Some 49% of consumers are impacted by buffering video, and 12% witnessing delayed starts.

Another 24% experienced audio sync issues. Overall quality issues affected 15%. One in five consider the technical issues so serious they are likely to cancel the service.

Other long-term issues where consumers are most likely to cancel a subscription include too many ads (27%), a service that is too expensive (25%), not enough shows (20%), and technical problems (17%).

Of those surveyed, 43% said that connected TV is the primary screen for watching; 25%, watching on a tablet or smartphone.

When it comes to platform preference: 24% said traditional cable TV; 24%, streaming service, and 52% said “both equally.” Younger millennials side more with streaming services -- 72% saying they watch SVOD as much as or more than pay TV.