Mobile Use Skyrockets Without The Need For More Devices 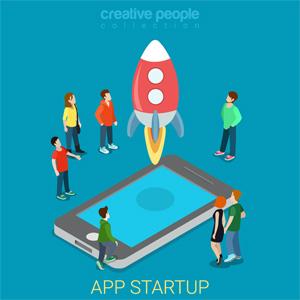 Searches and purchases on mobile devices continue to climb, per Google, but only about half of the devices in an Internet-connected home are mobile. While smartphones make up 37% of connected devices in the home, desktops comprise 28% and tablets, 17%, according to the data. Smart TVs took 3%; DVR and set-top boxes, 2%; and Internet Blue-ray players, 1%, per recent data.

More than half of the Internet-connected devices in my home are mobile, but an eMarketer note published Monday citing comScore data points out that for most households this is not quite the case.

The norm drops to half of connected devices are mobile, according to eMarketer. Citing numbers from a June 2016 study from comScore, which tracked more than 3,600 U.S. households with Wi-Fi routers from December 2015 to March 2016.

How much mobile activity does the Internet see every 10 seconds? A whole heck of a lot, according to one report, which tries to make a point by counting down the real-time growth of mobile usage data, from Google searches to Facebook posts. The marketing infographic based loosely on various sources of recent stats tries to demonstrate the amount of mobile use in 10 seconds.

Those catching up about the news for the day on Facebook, Twitter and other social media channels typically do so from a mobile device. Nearly 80% of social media time is now spent on mobile devices, and that number jumps to 96% for Millennials when consuming news, while 36% of them seek the news exclusively through their smartphone devices only, per comScore.

Although I'm at the tail end of the Baby Boomers, I start my day on a smartphone reading the news and checking email before switching to a laptop after my first cup of tea. A separate study from comScore says that those between the age of 18 and 34 consume most of their news on a mobile device.

In fact, in the past three years, news audiences have grown 66% on mobile, although there are just 57% additional mobile Internet users overall, per comScore. "Several categories within News/Information are soaring at even faster rates, such as digital Newspapers, which has more than doubled its mobile audience the last three years, and Politics, whose mobile readership has grown to more than 6x what it was in 2013," according to the study.

Mobile use might be rising, but 15% of financial institutions still don't have a mobile app. In Future of Finance: The Mobile Money Report, Episerver analyzed the mobile capabilities of 20 U.S. financial services companies. Although comScore notes that half of devices in the home are mobile, Episerver's study found only 68% of financial providers benchmarked provided Android tablet apps, and 62% provided iPad apps. Several of these were simply stretched versions of the smartphone apps.