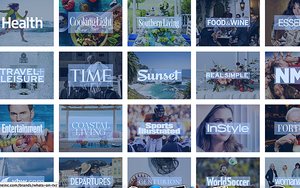 Big changes in the corporate org chart announced two weeks ago were just the preamble to a wider executive shakeup at Time Inc.

The publisher’s newly appointed Chief Content Officer Alan Murray announced a new round of promotions and appointments as part of a new editorial structure. Press reports indicate that the company may soon do away with the traditional position of “publisher” for individual titles.

According to Murray’s internal memo to Time Inc. staffers, all the publisher’s magazines will now be grouped into one of four editorial divisions, each overseen by an editorial director. The new structure is intended to allow the company to “to take advantage of opportunities that cut across individual titles,” with a special focus on digital content and video production and distribution.

Murray also announced the appointment of Michael Duffy as editorial director across the entire company, adding to his previous role as deputy managing editor of Time magazine.

In addition, the company is appointing editorial operations and finance directors for the groups, with Alex Brez supervising operations, workflows and budgets for the Celebrity, Entertainment and Style and Sports Groups, and Clare McHugh doing the same for the News and Lifestyle Groups.

The changes come as rumors circulate in the trade press that Time Inc. will soon get rid of the title of “publisher.” Media Ink reports that this change on the business side, part of CEO Joe Ripp’s sweeping corporate reorganization, will be announced sometime in the near future, possibly as soon as next week. The transition will reportedly involve some publishers leaving the company, while others will receive responsibility for sales across particular ad categories, rather than titles.