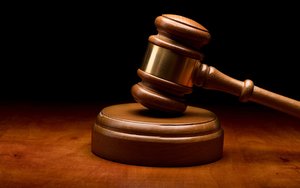 In the last year, Backpage won two significant victories in battles stemming from adult ads on its online classifieds service. Now, the losing parties both hope the Supreme Court will review the decisions.

In one case, lawyers for a group of teen sex-trafficking victims recently took the first step toward asking the Supreme Court to revive a lawsuit accusing Backpage of facilitating crime through the design of its online classifieds site.

Backpage "created an online marketplace, known as Backpage.com, purposely devoted to facilitating the sale of children for sex," counsel for teens alleged in papers filed with the Supreme Court earlier this month. They added they "incurred physical and psychological injuries resulting not only from the conduct of the traffickers and customers, but also from a series of affirmative actions by respondents in the creation, supervision, and operation of the marketplace."

That matter stems from a lawsuit by three teen sex-trafficking victims who alleged that the online classified site's business model "generates enormous profits from knowingly participating with and aiding traffickers in the sexual exploitation of children."

Backpage defended itself by arguing the federal Communications Decency Act immunizes Web companies for crimes committed by users. Digital rights advocates including the Electronic Frontier Foundation and Center for Democracy and Technology backed the company, arguing that Web sites wouldn't be able to serve as a forum for unfiltered speech if operators had to police posts.

A three-judge panel of the 1st Circuit Court of Appeals upheld a trial judge's decision to dismiss the lawsuit. "Congress did not sound an uncertain trumpet when it enacted the CDA, and it chose to grant broad protections to internet publishers," the appellate judges wrote in a unanimous decision.

The teens now want the Supreme Court to overturn that "overly expansive" interpretation."

"The First Circuit's decision implicates several important and complex legal issues, as well as critical policy questions about the integrity of the internet as a medium for legitimate commercial transactions," they argued in a request for additional time to file a formal petition for review.

U.S. Supreme Court Justice Stephen Breyer gave lawyers for the teens until the end of next month to file an official petition, according to papers made public last week by the 1st Circuit Court of Appeals.

That dispute in that matter dates to last spring, when Dart wrote to Visa and Mastercard on official letterhead and asked them to stop allowing their credit cards to be used to purchase "adult services" ads -- which many observers say are actually prostitution ads. Soon after Dart approached the companies, Visa and Mastercard announced they would no longer process payment for transactions on Backpage.com.

Dart now argues that the order infringes his First Amendment rights to express his opinions. "The fundamental problem with the Seventh Circuit’s decision to enjoin Sheriff Dart from further communications about Backpage is that the ruling violates Sheriff Dart’s own right to speak about matters of public concern," he says in a petition seeking Supreme Court review.

He adds that the appellate decision "could tie the hands of public officials who, as have leaders from time immemorial, use the informal authority of their office to pursue their policy objectives."

Backpage counters that its First Amendment rights were threatened by Dart's efforts to defund the site. The sheriff's argument "erroneously conflates Dart’s right to speak as an individual with his role as a public official," Backpage says in papers asking the Supreme Court to reject Dart's appeal. "Sheriff Dart wrote to the card companies in his official capacity, and thus was wielding government power," the site says.

The Supreme Court will consider Dart's request in September.