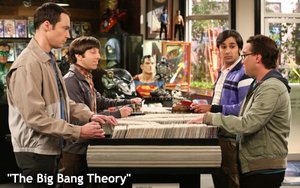 The diversity police are in town and CBS is Public Enemy No. 1.

Fortunately, for those of us in New York, the “town” is Los Angeles, where some of the nation’s TV critics have gathered for the annual Summer TV Press Tour put on by the Television Critics Association

The TCA is a group of journalists on the TV beat -- reporters, critics, columnists -- who go through this exercise twice a year, if memory serves. They travel to L.A., stay in a hotel for something like two weeks, and attend a series of informational "sessions" staged for their benefit in which networks and streaming services promote their upcoming shows.

In the process, the companies trot out their executives, showrunners and stars who sit on a stage and expound on their work and take questions from the journalists. As you can well imagine, in these racially charged times, diversity is a big subject for these hard-hitting journos of the TV beat.

And heaven help the network whose shows don’t measure up to the diversity standards these titans of the entertainment press seem to have set -- vague though these standards might be.

So with palpable glee, the reports coming out of the Press Tour over the past 12 hours or so from a session with CBS’s top programming executive, Glenn Geller, all position Mr. Geller as dutifully contrite when he answered questions about the apparent lack of diversity in CBS’s fall slate.

His big quote was ballyhooed in various headlines such as this one: "CBS' Glenn Geller: 'We Need to Do Better' on Diversity." This example was from a story posted on Variety.com. It’s almost as if the journalists are declaring a triumph of some kind. These headlines might as well have said: See?! We made this guy admit CBS isn’t diverse enough! So there!

Meanwhile, over at the Hollywood Reporter, a TV columnist complained that CBS "is a very white, male network. That’s pretty much its brand." It is?

The columnist scoffed at CBS’s efforts to seem more diverse. It was "hilarious" (applying the word "hilarious" sarcastically) for CBS to "parachute in a bunch of photos of minority stars it would be adding (in supporting roles)," the columnist noted parenthetically from atop his high horse. "That Glenn Geller, president of CBS Entertainment, could only really muster up 'We need to do better' was less hilarious," the columnist continued.

My goodness. Is the ethnic makeup of the casts and crews of network TV shows really that important? So much anger when the truth is that TV today happens to be very diverse and will only grow more diverse in the years to come, along with the ever-changing ethnic makeup of the audience -- with or without the insistence of a bunch of TV critics that the industry hurry up and diversify itself. This means you, CBS!

In the same column, however, the Hollywood Reporter writer concedes more than once that CBS is very successful financially, stemming in no small measure from the shows it develops and airs in prime time -- the very shows that the THR columnist and others think are not diverse enough. So what’s a TV network to do? Lose money?

Hold on there, angry reader: Let the record show that I am not suggesting a network will lose money if it diversifies its talent pool. No matter who is in a show, who produces it or who writes it, viewers will be the ultimate arbiters of a show’s success or failure. And their judgment will have little or nothing to do with the ethnic makeup of the people who they see in it or who work on it behind the scenes.

The march of the diversity police at this TV Press Tour reminds me of something you often hear people say and/or pundits write, that "we need to have a national conversation about race that we’re not having."

Meanwhile, I’m thinking: Not having a national conversation about race? We seem to converse nationally on little else, when you stop and think about it.

Where CBS is concerned, I am fairly certain the network will choose profits over diversity, at least in the near term, despite Mr. Geller’s evident shame over the situation. (Now I’m being sarcastic here.) And if its new shows don’t work, perhaps CBS will experiment with a more diverse group of shows to see if that’s the problem.

Meanwhile, we’re stuck with shows such as "NCIS: Los Angeles" (oh, wait a minute, not that one – the co-star of that show is LL Cool J) and "The Big Bang Theory" (no, not that one either; one of the stars, Kunal Nayyar -- seen in the photo above – is British-Indian). Oh, well, what were we talking about again?