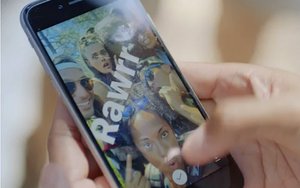 Bustleis jumping on the Instagram Stories trend and launching two series on the new feature, “The Reel Deal” and “Dating with Emma.”

“The Reel Deal,” which debuted Aug. 4, is a weekly review from Bustle’s associate entertainment editor Rachel Simon on what movies to watch over the weekend. Simon will also recommend what to watch on Netflix. The show will be live on Thursdays.

“Dating with Emma” will explore Bustle lifestyle editor Emma Lord’s dating adventures in New York City. The reality series debuted Aug. 8 and a new episode will come out every other Monday.

Bustle editor-in-chief Kate Ward said she hoped readers would gain "a unique experience on the platform.”

Per the rules of Instagram stories, each episode from the series’ will be available for 24 hours after they are posted on Bustle's Instagram account, which reaches 500,000 followers.

Bustle has already had success with its foray into Instagram Stories. It’s first Story -- about how to make Stories -- got 75,000 views.

Last week, Instagram debuted Stories, a feature inspired (if not copied) from Snapchat that allows users to share slideshows of images and video. Users are encouraged to type text and draw on their pictures before they are shared.

Publishers have since pounced on the feature, revealing media companies’ attitudes toward social media developments -- adopt it quickly, and produce good content for that platform.

However, Instagram has an impressive monthly user base, which has more than doubled over the past two years. On average, Instagram has about 95 million photos and videos shared per day, and roughly 4.2 billion” likes” per day.