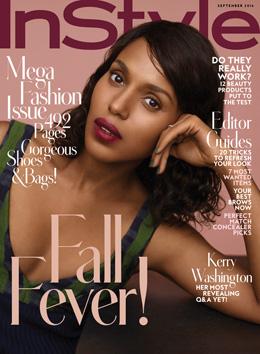 Laura Brown is the next editor-in-chief of InStyle, Time Inc. announced today. Brown will take over from Ariel Foxman, who resigned in July.

Brown joins Time Inc. after 11 years at Harper’s Bazaar, where she was most recently executive editor of special projects. She begins August 29 and will report to Jess Cagle, editorial director for the Celebrity, Entertainment and Style Group at Time Inc.

Prior to Bazaar, Brown was articles director of Details and a senior editor of W.

Foxman' s exit, which he attributed to the chance to “explore new opportunities,” brought an end to his 15-year tenure at Time Inc. and his eight-year career at InStyle.

In an interview with WWD, Foxman denied that his departure had to do with Time Inc.’s recent restructuring.

“I asked myself, ‘What do I want to be doing next? What opportunities do I want to explore?” Foxman said, giving few details about his next pursuits. “For me, it’s really about creating incredible content for engaged audiences.”