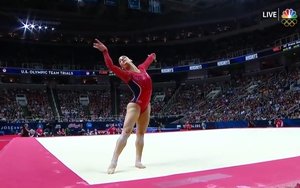 NBC believes its investment in the Olympics will continue to be good for years, especially when looking at the current behavior of its future long-term viewers -- Millennials.

NBC says 18-34 viewers posted an average 5.3 Nielsen rating for the 17 day event -- almost five times higher than the average 1.1 rating when looking at the four broadcast networks' prime-time data for the 2015-2016 season.

“There is no event that aggregates audiences on such a massive scale for so long and across as many platforms as the Olympics, and that includes young people,” stated Mark Lazarus, chairman of NBC Sports Group.

For NBC content on digital platforms, there were 100 million unique visitors and 222 million visits -- 29% and 44% higher, respectively, over digital activity for London 2012.

NBC says nearly 50 million viewers streamed 3.4 billion minutes of the Rio Olympics on the Web, mobile and connected devices, with more than half of those viewers under the age of 35. Two-thirds of the viewers of Olympics highlights on Facebook, Snapchat and Google/Youtube were under the age of 35.

On Facebook, NBC had 39 hours of live programming and 3.5 million-plus live viewers. Snapchat pulled in more than 1.9 billion snaps across NBC-partnered Live and Discover platforms in the U.S, totaling over 190 million minutes of content consumed.