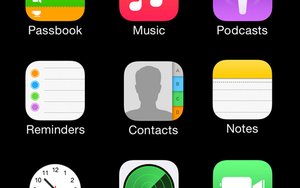 In a blow to Yelp, a judge has refused to throw out a class-action alleging that the company wrongly uploaded iPhone users' address books.

The battle stems from reports in 2012 of surreptitious address-book uploads. Initially, developers accused mobile social networks Path and Hipster of accessing and storing users' address books without their knowledge. The allegations against Path resulted in charges by the Federal Trade Commission, which the company settled by agreeing to create a comprehensive privacy policy.

Soon after reports about Path and Hipster surfaced, other mobile companies -- including Twitter and Yelp -- were accused of wrongly uploading users' address books. Unlike Path, those other developers reportedly asked people for permission to access their address books, in order to help them connect with friends who also used the service. But Yelp and the other developers allegedly didn't specify that they would keep the data in their servers

iPhone user Marc Opperman, and other consumers, sued Apple and more than a dozen developers over the allegations. The consumers argued that address-book uploads amount to "intrusion upon seclusion," which is actionable in California.

Some of the developers recently settled the lawsuits, according to court records. But others including Foursquare, Instagram, Kik, Twitter and Yelp are still fighting the case.

The ruling issued by Tigar late last week deals only with Yelp.

Tigar ruled that the consumers successfully raised questions about the scope of their consent. "There is a material factual dispute as to whether Yelp's in-app user prompt obtained effective consent to upload the address book data to its servers," he wrote in a ruling issued late last week.

Tigar added that Yelp didn't "explicitly disclose" that it would upload the address books. "The text of the disclosure during the class period simply told users that the feature would “[f]ind friends on Yelp using your Contacts” or “look at your contacts to find friends," Tigar wrote. "The Plaintiffs have produced evidence suggesting that, based on these disclosures, they expected a matching process that would take place locally on their phone, not on Yelp’s servers."

The judge previously allowed the consumers to proceed as a class against Apple. The device manufacturer recently asked an appellate court for permission to appeal that ruling.