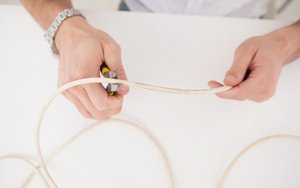 Thanks to the broader choice in programming, relative cheaper price and better overall experience, consumers are more satisfied with streaming and over-the-top television services than they are pay-TV providers, and it’s leading to cord-cutting.

According to J.D. Power’s latest wireline satisfaction studied (encompassing television and Internet providers, as well as traditional wired phone service), streaming services such as Netflix, Amazon and Hulu and other OTT offerings like SlingTV and programming apps like HBO Go, have higher satisfaction rates than traditional pay-TV models. Among customers who have both pay-TV and streaming models, customers gave the latter a higher rating (7.92 on a 10-point scale) than the former (7.18) for the overall experience. They also rated OTT services higher when it came to cost, reliability, programming and billing experiences.

“Usually, with pay-TV services, there are additional fees that are added on,” Kirk Parsons, technology, media and telecom practice leader, tells Marketing Daily. “When you compare that to inflation and the experience, [it leads to] a negative halo.”

“There is a relationship between those who have both and those who [eventually] move away,” he says. “The lower the satisfaction with pay-TV services, the higher the likelihood they’ll go away.”

Just because consumers cut the cord, however, doesn’t mean they’re lost for good. Among customers who said they plan to drop TV service in the next year, nearly half (44%) said they expect to reactivate it at certain times throughout the year.

“Networks that come up with exclusive, popular shows could draw back some viewers,” Parsons says. “The market is going to continue to get fragmented, and you’re going to be able to pick and choose.”