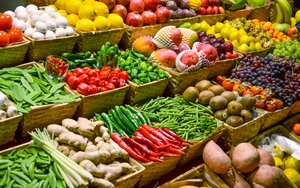 Americans have long divided their food-shopping behavior into two categories: The time-intensive (and coupon heavy) weekly stock-up trip, and the fast-but-urgent in-and-out trip. A new report from IRI reports that the latter, the “there’s nothing for dinner” trip, has become the norm, accounting for two-thirds of all shopping trips (and one-third of all spending.)

And that’s sparking big changes in the way grocery stores and discounters are wooing all different kinds of shoppers. “These fill-in trips are still happening in grocery stores, as well as other channels,” says Susan Viamari, VP of thought leadership for IRI, the market research company based in Chicago.

“But we’re seeing much smaller footprints, more targeted assortments and more specialized stores.” Part of that also due to the need for chains to cater toward more urban shoppers as suburban growth stalls, and includes Walmart Neighborhood Markets, TargetExpress, 365 by Whole Foods, Kroger’s Main & Vine and Ahold’s Bfresh. But whether the smaller stores are high-end, low-end or in between, she says the point is that they’re grappling with a radically different food shopper.

“What’s fascinating is that while e-commerce is still a very small part of food sales, from a dollar standpoint, its impact on the grocery channel is monumental. It changes everything about the way we approach food shopping. Today, a shopper looks in her fridge and says, ‘Hmm, I’ve got pork and kale. What should I make?’ and then searches online for a recipe.”

That’s a very different consumer than one who wanders down the meat aisle, flier in hand, looking for what’s on sale.

And with people shopping in so many places and in so many different ways, it has made the economics of customer retention more critical. IRI says it costs between 5 and 25 times more to find a new customer than to keep an old one happy. That means that grocers need to find new ways to reward loyalty, encourage customers to spend more, find new shoppers, as well as re-recruiting former customers who have defected.

Some parts of the solution, she says, are coming from retailers who are expanding loyalty programs to capture a 360-degree view of food shoppers.

“Loyalty programs, historically, have not given a broad enough perspective,” she says. “They tell you what customers are doing in your store, but not other stores. Or what similar customers are doing in similar stores across the country.” As stores learn to integrate data more effectively, “they can get a better look at, let’s say, your meat-buying purchases in all the places you shop, so they can do more to win your business.”

Personalization will be key, she says. “Won’t it be cool when you walk into a supermarket and get a text that says, ‘Last time you were here, you bought Eggo waffles and Friendly’s ice cream. Here’s a coupon for them?’”

The point, she says, is that food shopping is becoming more maze-like all the time, with shoppers factoring everything from online ratings and recipe searches against crosstown traffic and parking ease, as well as their relationship with any given retailer.

“Brick-and-mortar stores need to think about e-commerce as more than getting a purchase online,” she tells Marketing Daily. “Stores will be successful when they get customers to use omnichannel and brick-and-mortar offerings in a way that's complementary.”