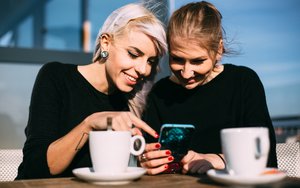 Consumers -- particularly Millennials -- are using their smartphones for data-heavy activities like video calling and video streaming more than ever, and the effects of that growth will be felt in telecommunications and entertainment industries.

According to NPD’s latest Group Connected Intelligence Application and Convergence report, Millennials’ use of smartphones has increased for video calling (up 14%), shopping (up 10%) and video streaming (up 9%) from the second quarter of 2015 to the same period in 2016.

“The growth in video calling and video streaming on smartphones represents an accelerating trend being driven by significant growth in usage among Millennials,” John Buffone, executive director, industry analyst, NPD Connected Intelligence, tells Marketing Daily. “Mobile video data consumed has been growing exponentially and we expect that trend to continue.”

That exponential growth will put pressure on consumers’ current mobile plans. According to NPD’s Connected Intelligence Data Consumption Report, cellular data consumer increased 130% over the past year. Factoring WiFi network usage, the increase is 192% and totals nearly 15 GB of data per smartphone user per month (up from 5GB the year before).

The increase has led to a change in the way carriers are forming their data plans, creating more “zero-rated” data plans that don’t count against allowances for streamed video content.

Mobile video growth will also fundamentally change the way entertainment is created and presented to consumers, Buffon says. The rapid growth “will foster cross-screen viewing and make it increasingly important to reach viewers and on whichever device they are using,” he says. “User interfaces will need to be optimized for both TV and mobile viewing. And brands will see increased opportunities to reach and engage their audiences across multiple screens.”