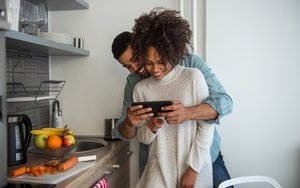 Nielsen’s latest African American Consumer Report finds that Black Millennials are powering a shift in media use, and that among African Americans, the Gen Y club is flexing its muscle in new ways. Besides wielding considerable clout in mainstream content (Empire, and The Walking Dead), this demographic’s impact is also being felt in brand marketing and—no surprise here—the coming Presidential election.

Their impact is considerable: Black Millennials, at some 11.5 million, represent 14% of all Millennials and 25% of the total Black population.

One of the most surprising findings in the report is the extent to which Black Millennials regard technology and social media as extensions of who they are, says Andrew McCaskill, Nielsen’s SVP of global communications and multicultural marketing. “They have the propensity to use digital spaces as meeting places,” he tells Marketing Daily, over-indexing for the number of hours they spend on their networks each day. Some 55% of Black Millennials in its research say they spend an hour or more per day on social media, or 11% higher than the overall Millennial population. And 29% say that they spend three or more hours per day, about 44% higher than that of the total Millennial group. “And when they’re on social media, they’re talking about everything from politics to products and services, as well as the way they’re engaging with video content.”

Part of that TV trend is that there is more and more for them to watch. “Content creators have picked up on the fact that African Americans are voracious consumers of video and TV, and that they want to see themselves in original content, as well as in advertising campaigns,” he says.

The more shows include either mainly Black casts or lead actors, the more these young audiences watch. Top shows include Empire, How to Get Away With Murder and The Walking Dead.

And because Millennials, overall, are the most diverse generation, those programming trends are following shifts in the real population. He cites both Black-ish, with 76% of its audience as non-African American, and Scandal, with 68% of viewers as not African American, as examples of this increasingly mainstream migration.

The report says advertisers are following the shift, with broadcast TV ad spending on programming with greater than 50% Black viewers jumping 255% between 2011 and 2015.

It’s all led young Black consumers to become increasingly aware of their power, and brands to gain a deeper respect for both immediate economic impact and the promise of expanding influence. While much has been written about the impact of social change movements like #BlackLivesMatter and #OscarSoWhite, McCaskill’s favorite recent example is #BankBlack, “where rapper Killer Mike, with a single tweet, was able to drive $1 million in new accounts at Black-owned banks.”

Regarding the looming election, he says African-Americans “had the highest rate of voter registration and voter turnout of any demographic group in the U.S,” a trend Nielsen expects to continue. “Black Millennials are owning their power in concerted ways,” he says. “They are very optimistic, but also engaged in talking about all the things that are working and not working for them.”

Not that long ago, he points out, academics and experts talked about a digital gulf between Black and White America. “Now, between mobile phone usage and the drive of African American Millennials, that divide is closed.”