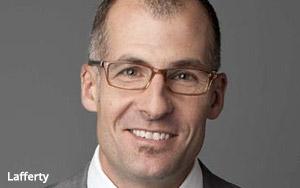 Translation has appointed Patrick Lafferty President, assuming day-to-day leadership of the agency. He will report to CEO Steve Stoute, who founded the agency in 2004.

Prior to joining BBH, he served as COO at McCann Erickson North America, as well as CMO at the Travel Channel. Earlier, Lafferty held key senior positions at Discovery Networks and Leo Burnett. Before beginning his career in marketing, Lafferty served for seven years as an Army officer.

“This is a big milestone for Translation,” stated Stoute. “We’ve consistently created culture-driving, business-building work with our clients. Completing our executive team and attracting a leader like Pat is a game changer. Translation and our partners will immediately benefit from Pat’s one-of-a-kind combination of world-class creative, media, CMO and military experience.”

Commenting on his new role Lafferty stated: “Translation is an independent agency built with culture at its core." Brands today are either authentic, cultural instigators or they’re invisible. “Inspired by Steve, Translation uniquely provides clients the most talented and diverse team of storytellers, geeks, renegades and entrepreneurs I’ve ever seen.”