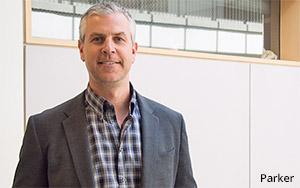 Hearst-owned iCrossing is promoting Mike Parker to president for its U.S. operations. In this newly created role, Parker will be responsible for the entire U.S. business and will work with regional management along with technology, media services, creative, strategy and commerce departments. He will continue to be based in San Francisco and will report to CEO, Nick Brien.

iCrossing is just about two years into Brien's tenure and this move underscores his vision for the Hearst-owned shop. Parker is tasked with leading the domestic business, enabling Brien and his team to focus on international growth and a deeper integration with Hearst.

“Mike is a stellar business operator and someone who has mastered developing true partnerships with clients," says Brien. "There is no one better to help iCrossing continue to take advantage of our unique strengths as an integrated agency thriving inside of a media and entertainment leader like Hearst.”

Previously, Parker served as president of the West region and has been with iCrossing since 2015. Earlier in his career, he served as the chief digital officer with McCann WorldGroup (which Brien previously headed) and as president, U.S. for Tribal DDB.