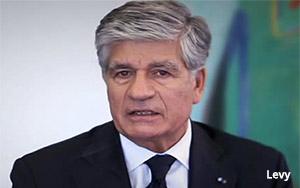 Advertisers are waiting for the U.S. election before making many advertising and marketing-related decisions, which in turn is impacting Publicis Groupe's revenue, according to CEO Maurice Levy, who commented during a call with investors and analysts early Thursday after the company issued its third-quarter earnings report.

"They are making decisions at a much slower pace,” said Levy, adding that "there are more questions than answers and that is the reason why we are so cautious despite the fact that our underlying business is very strong."

Despite the headwinds, Levy says the reorganized 'Power of One' is "working extremely well." Clients now say 'I want the Power of One solution,'" says Levy. Digital and technology represents 54% of revenue. Razorfish, which suffered from account losses for several quarters, recorded its best quarter ever in terms of new business, says Levy. "Razorfish is no longer what we called a digital agency," he said. Rather, the multifaceted agency works closely with SapientNitro and is embedded with other agency pitches.

North America showed a "sharp downturn," with 4% organic revenue decline in the third quarter due to the loss of certain media accounts last year (including Coca-Cola and Procter & Gamble) as well as the end of several digital projects. Levy said to take into consideration that it takes three to six months to see a loss or a win begin to impact company financials.

Europe’s revenue in the first nine months of the year grew by 5.2%, with organic growth of 6.2% when the impact of acquisitions and exchange rates is factored out. Growth was led by France (above 5%), Germany and Italy (both nearly 10%). Meanwhile, Russia is "volatile" where growth reached 9% at September 30 after growth of almost 5% in the first half year.

Despite the uncertainty post-Brexit, the UK recorded growth of almost 5% so far this year, including +7% in Q3. Still, some clients are asking Publicis to work with them on moving operations, says Levy.

Latin America was down 13.3% on a reported basis, mainly due to exchange rates as this area recorded positive organic growth of 5.1%.

Publicis Groupe is confirming its previous guidance for 2016. "Regarding the fourth quarter, like every year, economic uncertainties can result in marketing investments becoming the adjustment variable [for clients] in the equation towards the end of the year. We have nonetheless confidence in our ability to reach our objectives, which is why the Management Board has moved that the 42% payout ratio we had been targeting for 2018 be decided as of 2016."

Levy addressed his succession question by noting the nomination committee will be meeting in November leading to a decision to be taken by the Supervisory Board, no later than at its meeting of February 2017. "We believe this [successor] will come from inside."

For his part, Levy joked his next role would be a doorman because "the uniforms are nice and you meet lots of people."