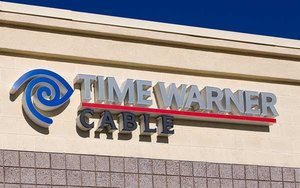 Wall Street investors aren’t so sure that the nearly $85.4 billion deal AT&T is proposing for Time Warner will be an easy ride. Early Monday morning trading pushed Time Warner’s stock down 2.4% to $87.33 -- all due to AT&T’s proposed deal for the company equating to a price tag of $107.50.

Analysts are worried on two fronts: First, that federal regulatory concerns will make it a tough go for the merger to be completed. Second, that vertical media integration itself has had difficult times in working well.

Although AT&T claims it competes in virtually no areas where Time Warner operates, federal agencies may believe that media vertical integration -- that of the biggest pay TV provider in the U.S., AT&T’s DirecTV, and a big TV-movie content producer, Time Warner -- isn’t a good deal for consumers.

Vertical media integration has had a rough history -- even considering the lone positive deal recently, Comcast Corp.'s acquisition of NBCUniversal. However, one of the biggest failures -- in business history -- came in 2001, where then big Internet provider AOL merged with Time Warner, a deal priced at $164 billion.

Another outside reason for troubles for the deal: A new possible bidder, which is why AT&T rushed to complete it over a weekend -- just two weeks before the presidential election. Donald Trump, for example, has already said he is against the merger; Hillary Clinton will generally be tougher on mergers overall.

Still, favoring this merger could be the singular weaknesses of different media companies. That could mean other possible big media deals.