You May Be Dead But You Can Still Keep Giving Back 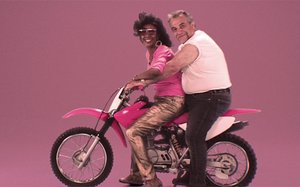 Organize and its agency Mother New York are launching an awareness campaign to encourage Millennial children to talk to their Baby Boomer parents about organ donation, letting them know that their parents’ aging bodies can still save lives.

Only about 10% of people over 50 years of age ultimately donate their organs due to a misconception that they are no longer healthy enough to qualify as donors. The greatest waitlist need is within the 45-60 demographic.

The centerpiece of the initiative is the “The Mom And Dad Bods Anthem” music video that features a tongue-in-cheek auto-tuned song to trigger this conversation. Directed by the Bo Mirosseni, the video features older men and women flexing their bodies and ends with the singer saying that he knows this talk can be uncomfortable which is why viewers can simply share this video.

“Instead of dismissing #Mombods and #Dadbods, we’ve chosen to embrace them with a fun video that celebrates all body types, proving that when it comes to organ donation, it’s what’s on the inside that counts -- viable, lifesaving organs," says Jose “Pepe” Funegra, creative director, Mother NY.

The video will appear on Organize's site, YouTube, and on social channels. To help spread the word, Organize has enlisted the support of celebrities, including David Hasselhoff, Alan Thicke and Ozzy and Kelly Osbourne, to engage with their families via Twitter to tackle the topic of organ donation head-on.

"We approached celebrities that could help us bring to life the family conversation we want people to have," says Funegra. "Knowing how important music is for the campaign, our selection of celebrities included people with a strong music background -- Kelly and Ozzy -- and people well-known for their bodies, like David Hasselhoff."

Mother first started working with Organize one year ago in order to develop a fresh and disruptive approach to the organ donation crisis.