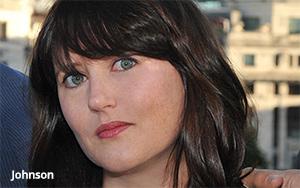 It began earlier this year, shortly before she filed a sex harassment and retaliation lawsuit against the agency and its former CEO Gustavo Martinez.

WPP was also named a defendant in the suit.

In a short note to staffers, Tamara Ingram, who replaced Martinez as JWT’s global CEO, stated:

I want to let you know that Erin Johnson has decided to return to J. Walter Thompson from her leave of absence.

She is rejoining us this Wednesday, November 2nd, and will report directly to me. She will sit on the 4th floor, in our New York office.

Please join me in welcoming her back.

A while back, WPP, JWT and Martinez filed motions (Martinez is represented separately) with the U.S. District Court in New York to have the case dismissed. Both sides have since argued in court papers the merits and flaws of their respective positions.

So far, Judge J. Paul Oetken who is hearing the case has not issued his decision on the dismissal motion.