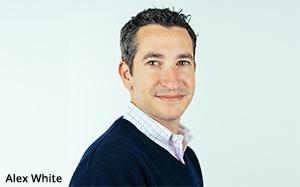 Native advertising supply-side platform (SSP) Sharethrough on Thursday named Alex White to the newly created position of VP, product marketing. White will be responsible for driving proprietary demand to the company’s publisher network of 1,500 sites through programmatic buyers who purchase through its integrations with demand-side platforms (DSPs), including AppNexus and the Trade Desk.

White has nearly 20 years of experience leading product strategy and operations with companies including Sizmek, Peer39, RightMedia, Yahoo, and Doubleclick.

“I see Alex’s prior experience helping to scale and develop markets as playing a crucial role at Sharethrough, especially as programmatic native becomes a continually greater force in the advertising space and our product evolves with it,” stated Dan Greenberg, co-founder and CEO, Sharethrough.

White’s hire comes as Sharethrough projects $140 million in native ad spend through the Sharethrough Platform in 2016, spurred by new DSP and bidder integrations that it believes will drive third-party demand. The company also expects an increase in ad impressions sold directly by its publisher customer base.

That $140 million amounts to 10 months of gross spending figures from 2016, with projections for what Sharethrough expects for November and December. Gross spend is comprised of publishers directly selling their own native ads through Sharethrough’s SSP and RTB demand from DSPs, trading desks, and marketers, which is transacted through the Sharethrough exchange.