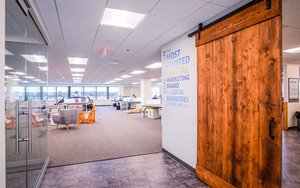 GateHouse Media is planning to hire 100 additional digital-only sales representatives across the U.S, part of the company's strategy to expand its digital marketing solutions offerings.

Print advertising partners of GateHouse Media, which owns 125 dailies and a few hundred weeklies across the country, are looking at the company "for the first time" as a "digital partner" to reach its 40 million online readers, stated Peter Newton, GateHouse Chief Revenue Officer.

For the latter half of 2016, GateHouse has redesigned all the Web sites in its portfolio, to provide “faster load times [and] few, more impactful ads,” It's combined more than 500 sites on the same ad serving platform, Newton told Publishers Daily.

"That allows us to more actively aggregate and sell our content and audience regionally and nationally,” he added.

GateHouse already employs over 1,000 sales executives. The company says it has over 200,000 business customers across the country.

In August, GateHouse Media CEO Kirk Davis announced the company was cutting down its editorial team by offering staffers buyouts to “reduce costs.”

The affected publications include the Providence Journal, the Columbus Dispatch and the Rockford Register Star.
advertising, digital, newspapers, web sites
Next story loading