Amid More Declines, Kohl's And Macy's Hopeful For Holidays 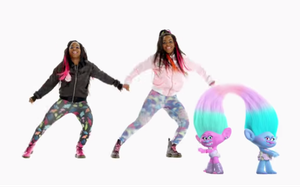 As department stores continue to duke it out for every dollar, both Macy’s and Kohl’s say sales fell for the quarter. But both are upbeat about the looming holiday season, rolling out marketing campaigns that play to their strengths.

"Our back-to-school season was strong, followed by a soft September, and progressive improvement throughout October,” says CEO Kevin Mansell, in its release. “We are encouraged by these trends as we enter the holiday season.”

The Menomonee Falls, Wisc.-based retailer just kicked off its holiday marketing, themed “Give a Little More.” Broadcast spots focus on ways we can be nicer, and include a little fun with animated characters. The social-media component focuses on its own associates, sharing inspiring stories about some of the ways they give more to others. It has also got extensive tie-ins with the American Music Awards, scheduled for Nov. 20.

Macy’s, which is reviving its long-running seasonal “Believe” campaign in partnership with the Make-A-Wish Foundation, says its third-quarter sales dropped 4.2% to $5.63 billion, with comparable store sales sliding 3.3%. But it increased its full-year sales estimates, encouraged by more recent results.

“The trends we saw in the third quarter give us confidence that we can deliver our expectations for the fourth quarter and our guidance for fiscal 2016,” says CEO Terry J. Lundgren, in its announcement. “Our third-quarter top line results were better than the first half of the year and our sales-driving initiatives continue to gain traction. Additionally, the strengthening trend across the apparel businesses, coupled with new initiatives like tech watches from Apple, Michael Kors and others, are good indicators for an improved performance in the fourth quarter.”

The Cincinnati-based retailer has scheduled this year’s National Believe Day for Dec. 9, and consumers can submit their letters to Santa through Christmas Eve. For each letter collected either in stores or online, it donates $1, up to $1 million, to Make-A-Wish. Since 2003, it’s given $100 million, with $13 million generated through the Believe campaign.

Still, some observers aren’t finding much to believe in, as mainstream department stores continue to lose shoppers, either to online sources, like Amazon, or trendier fashion spots, such as H&M and Zara.

“Macy’s has heralded its third-quarter figures as a sign that the company is getting back on track, noting that the sales performance beats that posted over the first half of the year,” writes Neil Saunders, CEO of Conlumino, a retail research agency, in a report on Macy’s earnings. “While the statement is technically correct, we think it is largely a case of wishful thinking and unfair comparisons … sales performance has actually worsened since the prior quarter at both the total and comparable levels. If anything these figures show a company grappling with what looks like terminal decline.”