A World Without Commercials? Contemplating The Future Of TV 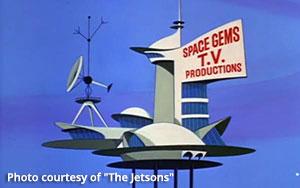 Are commercials doomed? That question occurred to me as I contemplated the writing of this TV Blog on the future of television.

I asked myself an open-ended question: What will the future of television be like? As I thought about the answer, it wasn’t the nature of the programming -- i.e., content -- or the proliferation of platforms for distributing that content that kept coming to the forefront, although those will continue to evolve in various ways.

Instead, it was the whole question of how, or even whether, advertising will continue to be a part of it. It was then that I began to realize how much the concept of the TV commercial -- the thing that has provided the financial and to a great degree, the creative underpinning of the whole business since time immemorial -- is under assault.

Consider the question you hear all the time at media industry “summits” and all-day conferences. Invariably, a speaker preparing to make a point about the evolution of media and advertising will warm up his audience by asking for a show of hands from anyone who routinely fast-forwards through commercials when they DVR their favorite shows. Almost everybody raises their hands, of course, even when these audiences are filled with people in the advertising business. Nobody likes commercials -- not even them.

For decades, a viewer really had no choice but to grin and bear the commercials on TV, since there was almost no means for enjoying TV shows other than by watching advertiser-supported broadcast television with its commercial breaks. Commercial-free PBS was an option, but few people could live on a TV diet that was PBS-only.

HBO eventually introduced the pay-TV/no-commercial model, and although it took years for HBO to evolve and grow, it is that model that appears to finally be taking over the TV business. Today, many programming services are commercial-free (Netflix being the highest-profile example, along with HBO and Showtime) and many people seem willing to pay for them without batting an eyelash.

To me, that’s the great divide in television -- the tension between so-called “free” TV and TV you pay for. Younger people have no idea that there was once a time that many of us can still remember when paying for TV was something only a nut would do. TV came to your home for free, over the air, as long as you purchased a TV set. We all understood that the commercials -- i.e., the sponsors -- paid for the shows so we didn’t have to.

At some point, basic cable decided to try and see if it could earn money both ways -- by selling commercial time while also collecting subscriber fees. Incredibly, the viewing public was OK with this scheme and cable TV, with its dual revenue streams, became a great business.

Today, however, basic cable’s reliance on commercial revenue has collided head-on with steep ratings declines resulting in lower ad rates. So with commercial rates in free fall, the cable networks have loaded up on commercials to head off the revenue shortfalls. However, the commercial breaks on basic cable have become so interminable and frequent that they are depressing viewership even more. Commercial-hate inevitably grows out of such schemes.

This is part of the reason why you’re hearing so much about cord-cutters and even “cord-nevers” -- people who won’t even consider subscribing to so-called “linear” cable. But you never hear about people who you might call TV-cutters or TV nevers. Instead, what you have is an increasing number of people who can’t live without some sort of TV and don’t seem to mind racking up fees on their credit card bills for streaming services.

These people seem proud to be exercising freedom of choice when it comes to their TV viewing, but they’re paying for it. Meanwhile, they’re dodging exposure to any commercials.

If this kind of TV viewing represents how the majority of TV (or “video”) content is to be consumed in the decades to come, then the idea of taking a break for a commercial would indeed appear to be doomed.

So what will replace commercials? In all likelihood, you will see more and more in-content advertising -- with sponsors paying for their brands to be part of storylines or at the very least, seen during a show. We’ve already seen this for several years on the broadcast networks (remember how Subway took over “Community” on NBC?).

In the future, the TV shows and the commercials will be one and the same. And viewers will pay to watch all of it.

advertising, future of media, tv
4 comments about "A World Without Commercials? Contemplating The Future Of TV".
Check to receive email when comments are posted.
Read more comments >
Next story loading