Much Of TV Might Be Trash, But There Is Plenty Of Treasure Too 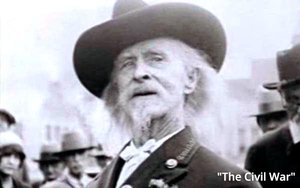 Readers of TV blogs and columns like this one sometimes fixate on the negatives. As a result, those same readers can sometimes form the wrong impression of a TV critic.

After reading multiple thumbs-down reviews of the many new shows that come and go all the time, readers will sometimes wonder why a TV critic has even taken up the task of watching TV for a living. This guy must really dislike TV, readers sometimes conclude, because he’s always finding something wrong with it.

And that’s true, to a degree. After all, we are TV critics. Therefore, we criticize. But dislike television? Actually, it’s just the opposite. I can speak only for myself (since I haven’t polled, nor do I socialize with, my fellow TV critics), but I happen to love television so much that it’s inevitable that I would place high standards on it.

And while it’s true that the majority of TV shows do not (and simply cannot) live up to those standards, the fact that some do makes for a situation in which the majority of TV reviews are going to be negative or, at the very least, somewhere south of positive.

Where my own history as a TV reviewer is concerned, my personal archives reveal a number of four-star reviews -- many more than some readers might suspect. And they range widely too.

What shows have I awarded four-star reviews to? Some might be fairly obvious, including “The Sopranos,” “Deadwood,” “The Shield,” “Mad Men,” “Dexter,” “Breaking Bad,” “Downton Abbey” and “The Wire” (especially Season Four).

Other drama series to receive four-star raves from me over the years were “Friday Night Lights,” “Foyle’s War” (one of the finest series of all time), “Prime Suspect,” “Homicide: Life on the Street” and “John from Cincinnati” (a note on this last one: Almost no one liked this show but me).

Over the years, I have given four-star reviews to episodes of “Frasier,” “King of the Hill,” “Curb Your Enthusiasm” and “Arrested Development.” I thought so highly of William Shatner in “Boston Legal” that I gave that show four stars too. I even gave four stars to two reality shows -- “Queer Eye for the Straight Guy” and “American Chopper.” I thought they were great shows.

I have awarded four stars to a slew of made-for-TV movies, including “Gideon’s Daughter” on PBS, “Everyday People” and “Hysterical Blindness” on HBO (an incredible TV movie starring Uma Thurman, Juliette Lewis, Gena Rowlands and Ben Gazzara), and “The Lost Battalion,” a brutal movie about World War I that aired on A&E in 2001, starring Rick Schroder. If you can find this movie on a streaming service somewhere, I highly recommend it -- and the other movies in this list too.

Scouring the archives, I find four-star reviews for a ton of made-for-TV documentaries. These include “Unforgivable Blackness,” the Ken Burns documentary about boxer Jack Johnson; A&E’s “Sam Phillips: The Man Who Invented Rock ‘n’ Roll”; “Respect Yourself: The Stax Records Story” on “Great Performances”; “Hank Williams: Honky Tonk Blues” on “American Masters”; PBS’s “Napoleon”; and “Abraham and Mary Lincoln: A House Divided” on “The American Experience.” Go and find these also if they’re available somewhere.

Few made-for-TV productions were more satisfying than the two Ken Burns documentaries about the American experience in war -- “The War,” about World War II, which may have been the most emotional viewing experience I ever had in the business of watching TV for a living; and, of course, “The Civil War,” which was like an 11-and-a-half-hour visual and aural poem right up until its final frame -- the image above of a Civil War veteran in 1938.

Dislike TV? Not on your life. Much of it might be little better than trash, but when it’s good, it is very good, and when it’s great, it is excellent indeed.