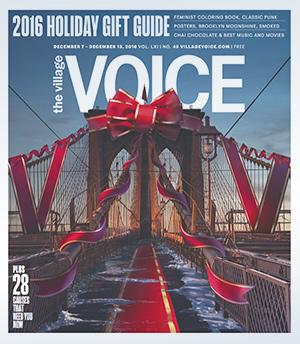 The Village Voice has hired former executive editor of Harper's Bazaar Stephen Mooallem as its editor in chief. Mooallem is The Village Voice's third editor this year and the third since Peter D. Barbey bought the paper in 2015.

In January, Barbey replaced top editor Tom Finkel with Will Bourne, who had edited But eight months later, Bourne was let go and Joe Levy, a contributing editor at Rolling Stone, was filling in as interim editor. Levy will remain at the Voiceto assist Mooallem as he transitions into the role.

In an interview, Mooallem, who has also served as editor in chief of Interview magazine, said he spent a few months filling in at the Voice's international news desk when he first moved to New York after college years ago.

Back then, The Village Voice “gave a window and access to an entire way of living and being that was endemically New York, a creative and bohemian life with a halo of authenticity around it that was very appealing,” he said.

Mooallem hopes to bring the Voice back to those golden years. The weekly was hit particularly hard when newspapers went digital.

Mooallem steps into the editor in chief position on December 29, before The Voice unveils its expansive relaunch slated for 2017. When asked whether the timing posed a unique challenge to the role, Mooallem said, “it’s definitely a challenge, but it's an amazing and necessary challenge.”

He hopes to “address the way people are consuming information… and look at how we can apply what the Voice does across platforms.” Mooallem said the Voice will focus on developing its digital and social media presence, as well as fashion coverage and the Voice's “connection with the New York community” through its cultural partnerships.

The Village Voice also announced today that publisher Suzan Gursoy will add the role of chief operating officer to her title.

Gursoy said the company is working on “existing and new industry partnerships that will be reflected across all platforms” when the paper relaunches next year. She added that they are developing a “new media product” that will be “part of The Village Voice umbrella," but did not give further detail.