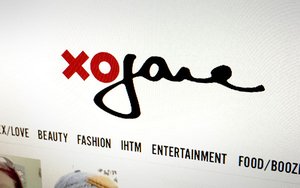 A Time Inc. spokesperson confirmed to Publishers Daily that content will remain on the xoJane.com sites for the next year, but nothing new will be added. It is not clear what this means for staffers.

According to a WWD report, Pratt is shopping the sites to Vice Media, Bustle, Gwyneth Paltrow’s Goop and Elevation Partners, a media company started by Bono.

Pratt founded xoJane in 2011 and its sister beauty site xoVain in 2013. In September, the trade magazine reported Pratt was interested in buying back her titles. The move came after Time Inc. announced plans to combine xoJane, xoVain, Mimi and The Outfit under the newly formed InStyle Collection in March, to beef up InStyle’s digital presence.

The company hoped the InStyle Collection would more than double the volume of original content on InStyle.com. While most of the sites continue to operate on their own landing pages, beauty site Mimi now lives as a vertical on InStyle.com.

InStyle increased the amount of content it syndicated from xoJane and xoVain, as well.