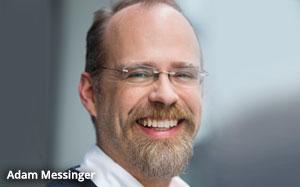 Capping off another not so stellar year, Twitter is losing its longtime Chief Technology Officer, Adam Messinger.

“After 5 years, I’ve decided to leave Twitter and take some time off,” Messinger tweeted on Wednesday. (Messinger served as CTO for about four years.)

Josh McFarland, VP of product at Twitter, is also leaving the company.

The departures come just weeks after Twitter’s COO Adam Bain gave notice — and less than a month after the resignation of Adam Sharp, head of news, government and elections.

Despite its best efforts -- which included bringing back Dorsey as CEO last year -- Twitter continues to struggle. Recently, data emerged showing that ad agencies are increasingly bypassing the platform in favor other social networks -- especially Instagram.

Research firm eMarketer recently released a forecast suggesting that Snapchat will overtake Twitter in terms of domestic users before the end of the year. More broadly, Twitter has seen few successes since its IPO in 2013. Rather than right its ship, Dorsey has seen Twitter’s stock sink since his return last October.

In October, Twitter said third-quarter revenue was up about 8% -- less than the 20% growth reported by the social giant a quarter earlier. It was far less than the 58% growth seen during the third quarter of 2015.

Worse, Twitter said it planned to reduce its global workforce by about 9% -- which amounts to roughly 300 employees -- and restructure the company accordingly.

Analysts took Dorsey’s words with a grain of salt.

“I'm cautiously optimistic about [Twitter’s] prospects if they focus on core products and curbing abuse, which should both attract and retain users, and set up the platform to monetize -- potentially in new ways,” said Melissa Parrish, an analyst at Forrester Research.

Anthony Noto, Twitter’s CFO, promised the company would become more disciplined about how it focuses on various efforts. “We intend to fully invest in our highest priorities and are de-prioritizing certain initiatives and simplifying how we operate in other areas,” he stated.

Among other persistent problems, Twitter has never been able to easily explain its basic usefulness to average users.

“Those who use Twitter do so because they know exactly what Twitter is for, and why it’s important in their lives,” Leslie Berland, Twitter’s CMO, noted in a recent blog post.

Among the many people who don’t use the network, “most didn’t know or simply misunderstood what Twitter was for,” Berland admitted. “Many thought of Twitter primarily as a social network, a place to find and connect with friends and family members.”

“Second, they thought if they wanted to use Twitter, they were ‘supposed to tweet every day’ and didn’t think they would have that much to say,” Berland added. Her team recently sought to clear up the confusion with another marketing push.

In 2016, Twitter also explored a sale, but was unable to find a fitting suitor.