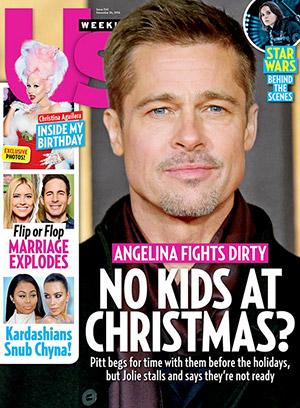 Wenner Media is poised to sell celebrity and entertainment title Us Weekly, according to New York Post, which in a second story, noted the price tag was $100 million.

The company has been under intense pressure following recent lawsuits brought on by a discredited Rolling Stone article called "A Rape on Campus” published in November 2014.

The story, which has since been retracted, recounted an alleged gang rape at the University of Virginia’s Phi Kappa Psi fraternity.

In September, Wenner Media sold 49% of Rolling Stone to BandLab Technologies, a digital music and media company based in Singapore.

According to the NYP, Us Weekly and Men’s Journal suffered an 18% drop in print advertising in 2015.

Wenner, now 70 years old, is slowly handing over the reins of the company to his 26-year-old son, Gus, who wants Wenner Media to transition to become more competitive in the digital age.

Next year, Us Weekly turns 40.

Us Weekly did not respond to emails at press time.