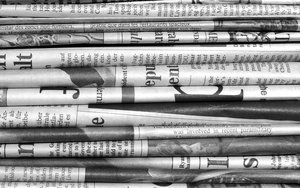 A Nielsen Scarborough study measured U.S. newspaper readership and found that more than 169 million adults read a newspaper in print, on a Web site or on a mobile app in a month in 2016.

In total, newspapers reach 69% of the U.S. population each month.

According to the study, 81% of monthly newspaper readers engage with a print product. Some 51% read print exclusively.

The remaining 49% reads a newspaper on at least one digital platform, with 30% reading both digital and print.

Only 5% gets their news from a Web site exclusively.

Traditionally, newspaper audiences tend to be more educated, affluent and older than non-newspaper readers, according to Nielsen. While the first two traits continue to be true, the expansion of digital media has attracted younger readers. As a result, the ages of newspaper readers more closely reflect the general population.

For example, millennials make up 25% of the U.S. population and now represent 24% of the total monthly newspaper readership.

While newspaper consumption habits shift, so do newspaper revenue streams. Print advertising continued to fall fast this year. Though media companies strive to build up digital subscription numbers, it has yet to be enough to balance out the declining numbers.

The Wall Street Journal, for example, lost 21% of its overall advertising revenue in the third quarter of 2016. The New York Times suffered an 18% loss, Gannett lost 15% and Tronc saw a 11% dip in its print ad revenue.