Hotel Partners With Bloomberg For Promotion 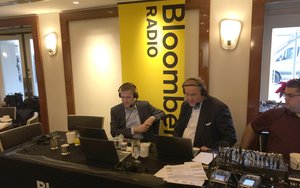 The Pierre hotel is partnering with Bloomberg radio and digital with the aim of getting on the radar of financial community leaders.

The cross-platform advertising and promotional deal, which runs through the first quarter, is “quite unusual” for the hotel industry, according to Ernesto Floro, The Pierre's director of sales and marketing.

"Every hotel in town does the same thing in trying to reach Wall Street and finance types,” he says. “We decided to go a different route to reach that same audience, but getting in front of them in their everyday routine."

The goal is to remind the financial community that the New York City hotel is a location worth considering for corporate events, charity galas, weddings and breakfast meetings.

As part of this partnership, Bloomberg Radio's national morning program "Bloomberg Surveillance" will broadcast live from the hotel on select dates through the end of March during the newly created "Power Breakfast at the Hotel Pierre,” which airs nationally from 7 to 10 a.m. each weekday.

Bloomberg Media is inviting some powerful names in luxury, fashion, auto and other areas to join them for an actual breakfast while the show is broadcast — and perhaps to coax them to go on air as a guest.

The digital element is pure banner ads around Bloomberg Pursuits, which is the luxury channel of Bloomberg.com.

“This is a unique venture for The Pierre as radio is a non-traditional medium for the luxury hotel industry,” Floro tells Marketing Daily. “We realize the importance of trying new things, and diversifying our communication channels is a key part of this.”

Bloomberg is a great fit because they are the information authority within the financial services sector, so listeners are exactly who the hotel wants to speak to, he adds.

“More than demographically, we are trying to reach decision-makers, thought leaders and individual travelers within financial services organizations and related industries,” Floro says.