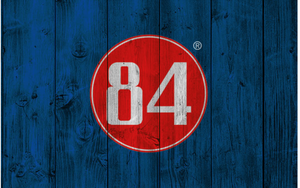 Building materials supplier 84 Lumber is throwing its hat into the Super Bowl ring for the first time.

The national spot is 90 seconds, which is unusual for a first-time advertiser. Rarely do brands elect this over 30 or 60 seconds and the companies that do are usually global giants, according to Brunner. The director is Cole Webley, whose resume includes work for Lexus, Adidas, and Delta.

The goal of the commercial is to ignite a recruitment campaign for 84 Lumber’s management trainee program. It is aimed at males, ages 20 to 29.

As one of the nation’s leading privately held building materials supplier, 84 Lumber has a following in the home building industry, but is largely unheard of among the mainstream audience that will be watching the Super Bowl.

“The 84 Lumber name is well-known here in Southwestern Pennsylvania, but not necessarily to the rest of the country,” says Amy Smiley, 84 Lumber’s director of marketing. “We wanted to make sure the entire country knows who we are, what we stand for, and the types of people we want to attract.”

Marketing has always been a key part of the company’s business, although this is the biggest thing the company has ever done, Smiley says.

“Our goal for the Super Bowl is to put a stake in the ground that says, ‘This is who we are. This is what we stand for. We want people to join us. We’re hiring,’” Smiley tells Marketing Daily.  “We’ve got some pretty aggressive expansion plans for 2017. And if we are going to build new locations and grow our existing stores, we need to recruit, hire, and train really talented people.”

The spot will convey that 84 Lumber is a destination for people who are looking to take the next step in their careers.

“And to find those people, we have to cast a wider net. And there’s no bigger net to cast than the Super Bowl,” Smiley adds.