For Netflix, There's Just A World Of Opportunity 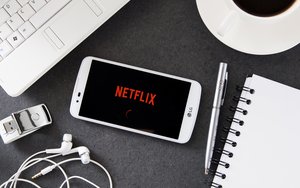 When you look at Netflix’s earnings, it’s hard not to be impressed by the success of a company that began disrupting when that word was generally applied only to unruly students.

It got far ahead in the streaming business when some likely competitors still weren’t focused on it. Now, it’s a big force all over the world

MediaPost’s Thom Forbes spots the most telling stat in his earnings story: Of the 7.05 million subscribers it added in last quarter of 2016, 5 million were foreign.

Netflix’s online part of the business launched in 2007, when only it and lonely pioneers like MLB.com were exploring the new frontier.  Now, it is due to spend $6 billion on programming this year alone. Netflix not only is a success.

It’s a phenomenon than can even take credit for the concept of binge-watching, which landed in the Oxford dictionary in 2014. Its customers have an almost-Moonie like affection for Netflix; it has, by far, the most loyal customers in the streaming biz, according to Parks Associates.

In its own analysis, published along with the earnings report Wednesday, Netflix observed, “It’s amazing to think that we launched original programming on Netflix in 2013 and in just four years, our original series accounted for five of the top 10 most searched TV shows of 2016 globally, including ‘Stranger Things’ at  Number 1, according to Google trends.”

It then went on to list all the awards it’s won, though on that count Netflix seems better at getting to the big dance than it is at dancing. Still, Netflix pointed out, later this month it has eight original Netflix series up for awards and a total of 17 nominations. No network has more.

Considering how long it took Showtime to even get close to HBO, Netflix’s prowess is remarkable.

For CEO Reed Hastings, HBO can never be far out of mind, even though it is getting blurrier in the rear view mirror. In its earning report, Netflix went so far as to suggest that HBO will inevitably begin to offer its new series in one binge-watching serving because Netflix made it so popular.

That observation seemed to amuse Recode’s Peter Kafka who wrote,”Part of me thinks that this isn’t much more than Hastings’s idea of investor relations smack talk: We’re doing so well that HBO, which once loomed far above us, is going to end up imitating us.”

HBO seems to be just something of a regional foe. Netflix expands globally at about the same time the globe gets smaller. Not very long ago, no mass entertainment provider would have considered bankrolling a foreign-themed series, dubbed or not. Now, “Narcos” and the newer Brazil-based Netflix hit, “3%” are changing the game, as is Amazon’s “Mozart In The Jungle.”

For both services, foreign growth is crucial.

"We are focusing on local content that travels pan-regionally or across multiple territories, such as Japanese anime and Turkish dramas,” Netflix notes, in almost a matter-of-fact way, adding that it now has a deal that gives it access to Shah Rukh Khan, “who is considered by many to be the biggest movie star on the planet.”