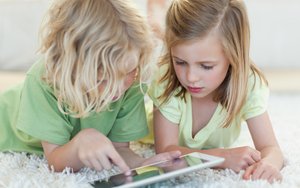 Amazon is appealing an order requiring the company to reimburse parents whose children made in-app purchases without authorization, according to papers filed with the 9th Circuit Court of Appeals.

The order, issued last year by U.S. District Court Judge Coughenor in Seattle, stemmed from a 2014 lawsuit filed against Amazon by the Federal Trade Commission. The agency alleged that Amazon unfairly allowed children to make in-app purchases without their parents' consent. Before suing Amazon, the FTC settled similar cases with Apple and Google, both of which ultimately agreed to provide refunds.

Amazon unsuccessfully argued to Coughenor that the lawsuit should be dismissed. Among other reasons, Amazon said it provided refunds to parents who complained. Coughenor rejected that defense. "It was Amazon’s stated policy not to provide refunds for in-app purchases and so many customers would have reasonably believed such recourse was not available to them," he wrote in an opinion issued in April.

Amazon also is asking Coughenor to stay the order requiring refunds to parents. "If Amazon is successful on appeal and the claims process proceeds as currently ordered, Amazon will be irreparably harmed by having to distribute refunds that it will not be able to recover," the company says in papers filed late last week.

The FTC, which largely prevailed in the battle, also is appealing a portion of the ruling that rejected the agency's request for an injunction against Amazon. Coughenor said in April that Amazon had largely revised its practices, and there was no "cognizable danger of a recurring violation."