A Feminist Icon? To Millions Of Us, She Was Just Our Mary 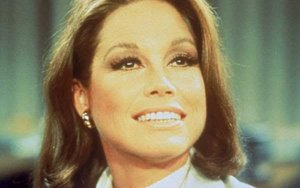 In the wake of Mary Tyler Moore's death on Wednesday, much is being made of her position in feminist history.

But not enough is being said about the talent that made her one of the most luminous female stars ever to appear on television. With all due respect to the armchair sociologists who insist on inducting her into some kind of Women's Movement Hall of Fame for playing a single career woman on TV in the 1970s, it is doubtful that tens of millions would have tuned in to watch “The Mary Tyler Moore Show” (originally titled simply “Mary Tyler Moore”) week after week if that was all there was to it.

As it happened, there was a lot more to it -- starting with Moore herself and a supporting cast (both on-screen and behind the scenes) that was, then and now, second to none.

The show was funny. How could it not be, with Ted Baxter (Ted Knight), Sue Ann Nivens (Betty White), Rhoda Morgenstern (Valerie Harper) and Phyllis Lindstrom (Cloris Leachman) floating in and out of every scene?

Lou Grant (Ed Asner) became one of the best-acted characters in the whole history of television -- a newsroom archetype for the ages. Well-meaning Murray Slaughter (Gavin MacLeod) -- the workaday, “brown-bagging” TV news writer (MacLeod's description in an interview I conducted with him a few years ago) -- was the kind, considerate co-worker we all wish we had.

As for Mary Richards, the character and the actress who played her may have been this show's top-billed attraction, but Moore was shrewd. In scene after scene, she is seen giving way to her co-stars, the camera only rarely centered on her.

The result was the creation of a workplace family (commingled at times with Mary's friends and apartment house neighbors) that stood in perhaps for the real family this unmarried career woman did not necessarily aspire to create.

The star more than held her own, of course, which was probably no mean feat when one is doing a scene with Ted Knight or Ed Asner. As Mary, Moore was both hilarious and heartbreaking -- fragile but also assertive, confident but also given to second-guessing herself.

Sound familiar? She was just like the rest of us, and that's why we loved her. Mary Tyler Moore was easy to love too, a hand-wringing comedienne whose tone of voice would rise with the increase in her fret level.

She was lucky enough to find herself in the company of some of the best talents in the business -- Dick Van Dyke and Carl Reiner, for example, and the aforementioned co-stars of “The Mary Tyler Moore Show” plus the people who produced, directed and wrote it.

These included James L. Brooks and Allan Burns (co-creators), David Lloyd, Ed. Weinberger, Jay Sandrich (and the list goes on and on and on). But it was more than just luck. She was their equal.

For many of us, the “Mary Tyler Moore Show” era still represents the very pinnacle of television. It was a very different era -- one in which hit shows routinely attracted one-third or more of the entire country every week.

Lest we forget, “The Mary Tyler Moore Show” did this on a Saturday night, which today is a TV backwater. At that time, however, it was the centerpiece of the TV week, thanks in no small measure to the “Moore” show and the others that followed and preceded it on CBS in those days.

When reading the obligatory tribute columns that turned up everywhere on Wednesday, it was clear that many of the writers were too young to have experienced “The Mary Tyler Moore Show” in its original context. Some even said so.

Maybe that was why so many of them gravitated toward the “feminist icon” cliché in writing about the impact of the show and its incandescent star. They don't have what you might call a “personal” relationship with this show or with her.

To those of us of a certain age, however, feminism has nothing to do with the way we regard Mary Tyler Moore. She was a part of our very lives – that lost world of velvet couches, shag carpeting, avocado-colored kitchen appliances and television sets with aerials.

When we heard the news that she had died, our reactions were incredulous. In disbelief, we asked ourselves: Mary Tyler Moore was 80? And then: When did that happen?

tv, women
8 comments about "A Feminist Icon? To Millions Of Us, She Was Just Our Mary ".
Check to receive email when comments are posted.
Read more comments >
Next story loading