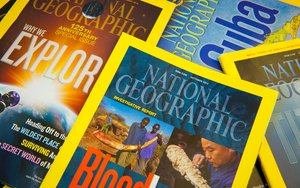 National Geographic Partners has laid off around two dozen staffers at its media properties, according to a report from The Washingtonian.

"The personnel changes made were part of an effort to realign resources and create efficiencies in line with an evolving media environment," she said.

Most of the cuts were made in the editorial and rights clearance departments, a National Geographic employee told Publishers Daily.

In October 2015, National Geographic laid off about 180 people, affecting roughly 9% of its 2,000 employees in a cost-cutting move. It was the largest round of job losses in the company’s 127-year history. According to The Washington Post, employees dubbed that month “Choptober.”

In the early 1990s, the company’s flagship publication boasted 15 million subscribers — that number is now closer to 3.5 million.

It is the season for layoffs at big publishing companies. Just yesterday, Gannett-owned North Jersey Media Group announced 141 employees will lose their jobs.