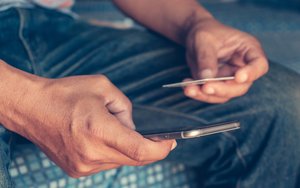 Ecommerce initiatives in organizations are going strong with many attributing the efforts to incremental sales.

As might be expected, mobile is a healthy part of the mix, with almost half of companies listing mobile commerce and payments as one of the top ecommerce activities they’re involved in, based on a new study.

The majority (66%) of companies are conducting more ecommerce initiatives than the previous year, according to the ecommerce insights report, comprising a survey 215 client-side marketers conducted by the Association of National Advertisers.

The leading ecommerce actions involve digital and social ads along with online stores and mobile payments. Here are the current ecommerce activities in ANA-member companies:

The reality today is that any online commerce initiative must take mobile into account, since most any online purchase can be made from a smartphone anytime, anyplace.

Most (74%) ANA-member companies already have ecommerce initiatives under way and 23% of those who do not plan to within the next two years, which seems a bit far off.

Companies also are seeing results with ecommerce, with 73% saying it drives incremental sales. The largest number (43%) say it drives between 1% and 10% in added sales.

For the most part, ecommerce comes under marketing, with almost half (47%) saying it falls under the chief marketing officer.

In many cases, online commerce is handled separately in companies. For example, more than half (59%) of ANA-member companies have an ecommerce department, with 39% of them created within the last five years. Even more (49%) said the department was formed 5 to 20 years ago. Those departments range in size, with slightly more than a third (34%) having more than 20 employees.

Companies don’t take a go-it-alone approach to ecommerce, with more than half (56%) engaging their agencies.

Mobile commerce is nowhere near a one-person operation.