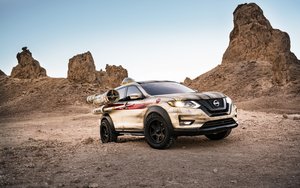 Nissan is evolving its agency structure and alignment with Nissan United, the Omnicom unit that handles the automaker’s marketing business in the U.S.

“As marketing changes and evolves, we need more integrated people and data-driven marketing strategies,” Tucker tells Marketing Daily. “What we’ve done is we’ve taken a step forward in doing that by working with our partners at Omnicom and realigning our team to be more integrated, more collaborative and move most of the operations to the east coast, so we have closer proximity to one another.”

Before the shift, creative and media planning were handled out of Los Angeles by TBWA\Chiat\Day and OMD, respectively, while media buying was handled by OMD in New York. and fluent360 in Chicago is the multicultural AOR.

Over the next six weeks, as the automaker’s fiscal year ends and the new year begins April 1, all those duties will be shifted to two hubs, in New York and Fort Lauderdale, Fla. Zimmerman in Fort Lauderdale will continue to handle dealer advertising, Tucker says. Nissan had used TBWA\Chiat\Day in Los Angeles for creative for 30 years.

“We are challenging ourselves to have a more integrated approach that aligns with the speed of our consumers and the speed of Nissan as a company and better aligns our business goals,” he says. “Our philosophy is that good ideas come from anywhere and everywhere. So those traditional boundaries of who leads what and how that works, while they are still there, there is going to be a much more collaborative approach to how we build our creative and our strategy and how do we deploy all of our media.”

Some agency key personnel will move, he says.

“We are building from a position of strength with the key talent that we already have and then asking Omnicom to bring in best in class resources,” he says. “We want more data, more integration and more collaboration and faster speed to market.”

Nissan’s Rogue One Star Wars activation last year was orchestrated in four months by Zimmerman in Fort Lauderdale, which coordinated all of the other agencies, and the automaker needs to have that same level of speed going forward.

“That showed us that we have the potential to unlock that in everything that we do going forward,” Tucker says.

The goal is to do away with traditional roles and labels, he says.

“That mantra doesn’t really exist when you talk to consumers today,” Tucker says. “They look at communication and content as a whole. So I’ve challenged Omnicom to help us understand how do we have the philosophy of collaborative, egoless, fast teams where good ideas can be anywhere and everywhere. Zimmerman will take an increased role in helping us bring that to life, but will be flanked and supported by the entire Omnicom network."