'Today' Series Reminds Us: We Used To Talk About TV Talk Shows 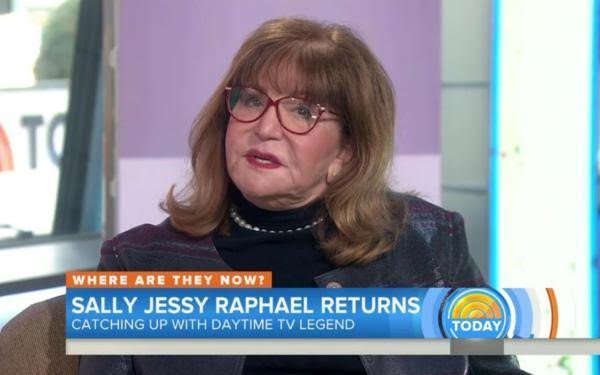 A series of interviews this week on “The Today Show” is reviving memories of the Golden Age of TV Talk Shows.

Bet you never thought you’d ever read the word “golden” in reference to the era in question -- basically, the 1980s into the 1990s, when syndicated talk shows in the daytime were not only numerous, but they frequently made headlines for their wretched excess.

If the era wasn’t exactly golden for the world at large, it was certainly golden for a journalist on the television beat. Riots, fights, controversial topics, at least one murder -- it was all grist for dozens of stories and columns. The underlying theme of them all: The end of the TV world as we knew it was at hand.

It was a glorious time for the syndication business too. Sure, there were plenty of talk shows that lasted only a season or two. But there were enough successes to enrich everyone -- the syndicators, broadcast TV stations (when owning a broadcast TV license was still considered a license to print money) and the talk show hosts themselves.

The daytime talk-show world is not nearly as robust today. You still have talk shows in daytime, of course -- “Dr. Phil,” “Ellen DeGeneres,” “Steve Harvey,” “Rachael Ray,” “Live with Kelly,” “Wendy Williams,” “Maury,” “Jerry Springer,” “Steve Wilkos,” “Dr. Oz” and possibly more. But they’re all splitting a viewership pie that is a lot smaller than it was 20-30 years ago (obviously).

And just try to launch a new one. This has become one of the most difficult things to accomplish in all of television. Harry Connick was this season’s sole entry in national syndication, and opinions are divided on whether the show has the ratings or the financials to make it to a second season. If “Harry” were to be ranked according to its most recent ratings among the 10 talk shows listed above, it would be ranked 11th.

Of the five, only Springer and Povich are still on the air. They were likely easy to book too, since their shows are NBC Universal properties. It really is one big happy corporate family over there at Comcast-NBCU.

In case you have missed the first three interviews, please rest easy. You haven’t missed anything. They’re superficial fluff put together by people who seemed to have conducted the bare minimum when it came to researching these subjects.

For example, in the Montel Williams segment, his interviewer, Sheinelle Jones, expressed her surprise at learning that Williams had been in the service (he’s a graduate of the United States Naval Academy). Really? This is his story, and everyone has been aware of this for decades -- except this interviewer apparently.

Conspicuously missing from the lineup was the host of the most notorious talk show of the era, Jenny Jones. It’s not her fault that we remember her show this way, but thanks to the murder of one guest by another shortly after they appeared on the show, “The Jenny Jones Show” gets top prize in the 1990s talk-show infamy sweepstakes.

The TV Blog tried to learn whether “The Today Show” tried to contact Jones and/or book her for an interview, but a spokesperson for “Today” couldn’t be bothered to go and find out.

Oh well, that’s the news biz. For my own part, the interview that I have wanted the most, and that has eluded me the longest, is with the man at the center of “Jenny Jones Show” tragedy -- Jonathan Schmitz.

Now 46, he was convicted in 1999 of murdering another “Jones” show guest in 1995 in a confrontation stemming from their appearance on the show. Schmitz is serving a 25- to-50-year sentence in a Michigan prison. Every couple of years, I write to him asking for an interview. And not unlike some TV publicists, he does not reply.