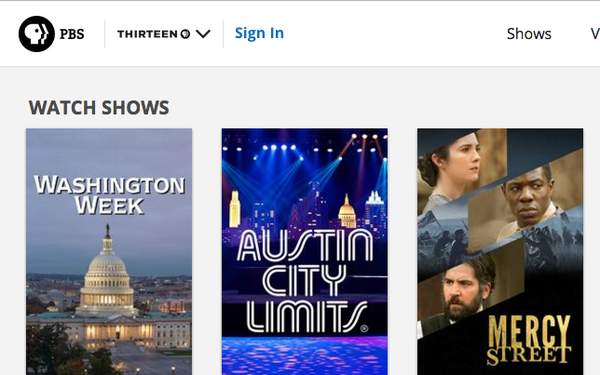 The survey says 73% -- Republican voters at 62% and Democratic voters at 83% --  disagree with stopping funding.

A phone survey of 1,001 registered voters took place early January, conducted by what the researchers call “a bipartisan team”  -- from American Viewpoint and Hart Research Associates for public television.

One major reason for the strong support, according the survey, was that public TV provides learning tools and free resources for teachers, parents, and others for use in the classroom and at home.

Among those voting for President Trump, PBS and public television had a higher positive image rating (60%) than the traditional broadcast networks (37%), cable TV networks (41%) and newspapers (24%).