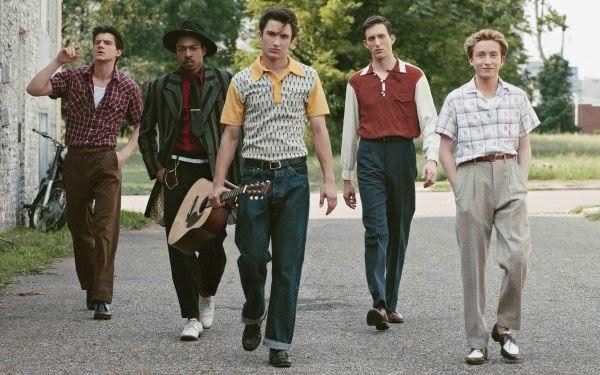 There is much to like about a new scripted series premiering Thursday on CMT about the birth of rock ’n’ roll -- including the story, the locations, the characters and the actors who play them.

But the show -- titled “Sun Records” -- faces a number of challenges. It's on CMT, for one thing, the Viacom-owned channel once known as Country Music Television that is not necessarily a regular stop for many people as they graze in search of something to watch on cable.

Quick -- name the channel number of CMT on your cable system. I'm guessing you don't know that one, although maybe you should. CMT has put together some shows worth watching lately, including continuing the run of “Nashville,” which ABC dropped.

Despite its investments in “Nashville,” “Sun Records” and a handful of other originals, CMT was among the cable networks that were recently “de-emphasized” (for want of a better word) by Viacom when the company announced that henceforth it would concentrate the majority of its efforts and investments in six of its basic cable channels. CMT was not one of them.

Does this mean CMT won't be able to invest in original scripted shows going forward? And if that's the case, are its current originals doomed or something? These are unsettling questions to have swirling around a TV channel and its shows as one of them has its long-anticipated premiere.

“Sun Records” was ballyhooed at Viacom's upfront in New York last March, complete with a live performance by the four talented young actors who play Elvis Presley, Johnny Cash, Jerry Lee Lewis and Carl Perkins. They brought the house down.

The TV show was originally called “Million Dollar Quartet,” after the Broadway musical about the four who all ended up at Sam Phillips’ Sun Studio in Memphis one day in 1956. The show’s name was changed to “Sun Records” late last year. And a hoped-for premiere date in November of last year was pushed forward to this week.

Filmed in Memphis, “Sun Records” tells the story of Phillips and how he established his recording studio in the pre-rock ’n’ roll era of the early 1950s. Played by Chad Michael Murray, Phillips is seen in the premiere episode setting up shop in Memphis and then prospecting for talent in the black bars and nightclubs of Beale Street.

At the same time, his teenaged future stars -- all white -- are seen in their adolescent, formative years.

In 2000, A&E aired a documentary on Phillips that was one of the finest shows I have ever reviewed. It was called “Sam Phillips: The Man Who Invented Rock ’N’ Roll.” If you can find it, watch it. It is a beautiful thing. Parts of it (and possibly all of it) are on YouTube.

This dramatization on CMT of basically the same history cannot really be measured against the documentary. But “Sun Records,” the scripted TV show, is a pleasure to watch all on its own, regardless of whether every detail in it conforms to reality.

In its broad strokes, it feels right. The era is lovingly recreated. And not only are the lead performances well cast, but so are the supporting roles (including Billy Gardell as “Colonel” Tom Parker).

A great deal of effort seems to have been expended to bring the era to life, right down to the studio's vintage recording equipment.

It was the era of segregation in the South, and the demarcations between the city's white and “colored” societies are well-delineated.

In one of the first episode's most dramatic scenes, the teenage Presley wanders into a black Baptist church on a Sunday morning because he has long been attracted by the music he has heard from outside.

This small act will eventually lead to a stunning revolutionary change in both musical and cultural history. But in the context of this show, those changes are a couple of years down the road.

For now, the best we can hope for is that CMT and this show will get the opportunity to tell that story before Viacom decides it won't continue paying for it.