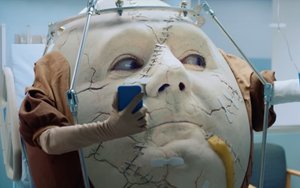 The National Retail Federation says its new research indicates that just 21% of consumers plan to spend their check from Uncle Sam, a record low for its survey. And 48% plan to sock it away in savings, the second-highest in its survey. (Last year, the number was closer to 50%.)

The Washington D.C.-based trade association says the results of its annual survey show that people are concerned about financial stability, and “hanging on to their tax refunds tighter than ever,” says NRF President and CEO Matthew Shay in its report.

The survey -- conducted by Prosper Insights & Analytics and based on responses from 7,600 people -- finds that 66% of consumers anticipate getting a refund but just 21% say they intend to use them for everyday expenses, down from 22% last year. About 9% plan on using the cash for a major purchase, such as a TV, furniture or a car, while 8% intend to splurge on something like dining out or a spa visit, and 11% say they’ll likely spend their return on a holiday.

The NRF says 68% intend to file taxes online, with 39% doing their own taxes via software such as Turbo Tax (pictured here). About 21% say they’ll hire an accountant, while 18% plan to hire some kind of professional to help with taxes, at an average cost of $132. And13% old-school filers will do their taxes manually, while 10% plan to enlist the help of a friend or family member.