What's Coming Up? 'Twin Peaks' And A Whole Lot More 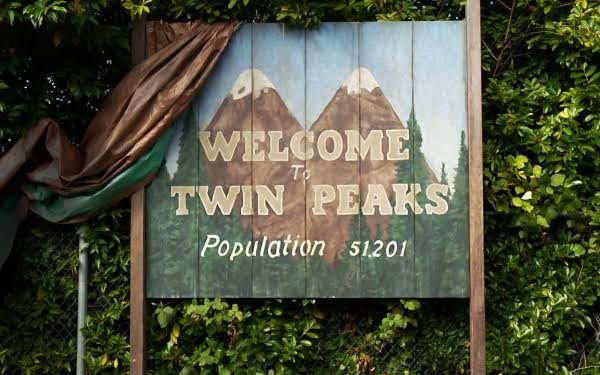 The pending arrival of a new “Twin Peaks” on Showtime would seem to be an appropriate time to resurrect the great adage uttered by a newspaper editor in “The Man Who Shot Liberty Valence.”

The famous quotation is this: “When the legend becomes fact, print the legend.” Where “Twin Peaks” is concerned, you should prepare yourself for a lot of editorial content in advance of the new version’s premiere this spring (May 21) in which the words “legend” and “legendary” are applied with abandon to the original.

The new “Twin Peaks” is 18 hours long (including a two-hour premiere episode) and takes place in real time 25 years after the original, according to Showtime.

The entire new one is directed by David Lynch, now 71, auteur of the original. Many of the original cast members and characters are also expected to be on hand.

If memory serves, its eccentricities caused a sensation and drew well-deserved critical acclaim at the outset. As time wore on, however, the show’s oddities and plot complications piled up to such an extent that it became incomprehensible to a great many of the people who had first flocked to it. As a result, they abandoned it in droves and ABC cancelled it.

However, in the context of all the quirky TV shows being produced today that survive with small audiences, “Twin Peaks” was a harbinger and a great influence. Since today’s TV provides ample leeway for eccentricities of all sorts, a new “Twin Peaks” should feel right at home -- perhaps more than the original in 1990.

Whether or not the original really and truly qualifies as “legendary” should not dissuade anyone from looking forward to this new one.

It’s one of a number of shows coming up in the next few weeks that are worth looking out for, starting with FX’s “FEUD: Bette and Joan,” starring Jessica Lange as Joan Crawford and Susan Sarandon as Bette Davis.

“FEUD” (for some reason, FX insists on writing this title in all caps) covers the making of the 1962 gothic-horror film “Whatever Happened to Baby Jane?,” in which the two aging actresses co-starred. “FEUD” is a “limited” series consisting of five episodes (by the looks of it). It premieres March 5.

On April 25, National Geographic introduces its first-ever scripted series, “Genius,” starring Geoffrey Rush as the older Albert Einstein and Johnny Flynn as the younger one. Produced for NatGeo by Ron Howard and Brian Grazer’s Imagine Entertainment, the premiere episode is directed by Howard -- the first time he has ever directed an episode of a scripted TV show.

Also look out for “Brockmire,” coming to IFC on April 5. This comedy stars Hank Azaria as a Major League Baseball sportscaster who loses his job after an on-air meltdown. He then seeks to reignite his career calling the play-by-play for a small-market minor league team.

The TV Blog is also looking forward to “The Son” (April 10 on AMC and co-owned Sundance), starring Pierce Brosnan as the patriarch of an oil and ranching dynasty in the western United States; and a new three-part “American Experience” on PBS April 10-12 about World War I.

Also coming soon: A new season of “The Americans” starting March 7 and the third season of “Fargo” starting April 19 -- both on FX.

Conspicuously missing this year from all of our spring TV viewing plans: A new season of “Game of Thrones” on HBO. The seven-episode seventh season is expected to debut in late summer on a date that has yet to be announced. The season is being pushed past its customary spring premiere to accommodate the complications of shooting the new episodes -- much of which has been underway this winter because of the winter time frame of the new season’s episodes.