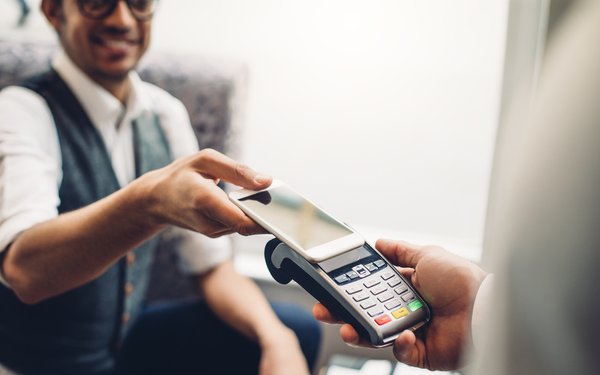 Despite the ongoing tradition of buying in stores, consumers put more trust in mobile and online shopping, from a security standpoint.

While mobile wallet adoption in the United States has not reached mass scale, almost all consumers using them feel they are at least somewhat secure, based on a new study.

The study, conducted by ACI Worldwide, comprised a survey of 6,000 consumers in 20 countries in the Americas, EMEA and the Asia-Pacific region. Almost all the consumers surveyed had one or more type of payment card.

Although it differs by market, consumers of bank-based mobile wallets generally have a high degree of confidence in the security of the mobile payments, with 80% at least somewhat comfortable with mobile wallet security.

In the U.S., there’s a higher degree of confidence. For mobile wallets, almost all (94%) consumers think the information stored on their smartphone or tablet is at least somewhat secure, with 30% totally trusting their bank to protect their personal information. Only 6% of U.S. consumers say their mobile wallet data is not secure.

For online shopping, a large majority (81%) of U.S. consumers say that most sites where they shop use security systems that are able to protect their account information.

Interestingly, U.S. consumers are somewhat forgiving of retailers where they have an issue. While more than a third (37%) of those who experienced fraud or were involved on a data breech with the organization would stop shopping there, 26% would not and 37% are not sure.

Consumers in other markets are far less forgiving. Here’s the breakdown based on how many consumers would stop shopping with a retailer if they experienced fraud or a data breach:

The U.S. is at the very bottom of the list.

For feeling totally or at least somewhat secure, with the realization that the technology involved is still being explored but is worth using for convenience, consumers in the U.S. are near the top of the list. Here’s the breakdown by country of how many think the information on their phone or wallet is at least somewhat secure:

Part of the challenge is deploying totally secure technology for mobile and online shopping. The other part is gaining the confidence of consumers that their information will remain secure.