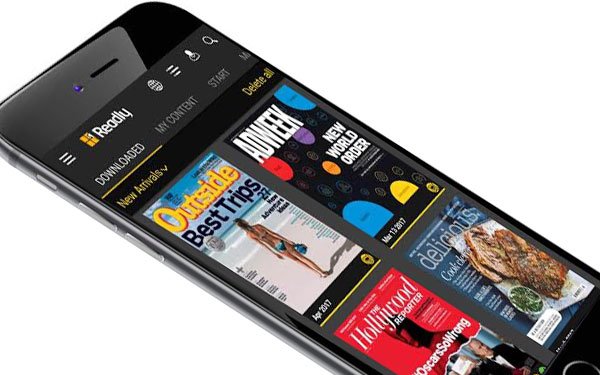 It enlarges the text size, putting all content in one column, so articles are easier to read on small devices. A yellow icon in the magazine menu notes the publications that carry the feature, which customizes font size and spacing.

Readly’s mobile reading launched at the end of February with a select list of U.S. and British titles. U.S. titles include Hollywood Reporter, Men’s Health, Women’s Health, Newsweek and Rolling Stones, among others.

There are more than 2,000 titles in Readly’s portfolio.

“The company is not targeting older viewers in particular," says Leah Milius, its U.S. Marketing manager. "The enhance viewing options allow for enlarged copy, as it can be difficult for anyone to read long content on small devices.”

She adds the new feature is “available for all Readly subscribers through iOS, Android and Kindle Fire.”

The current U.S. price is $9.99 for the first two months and $9.99 for every month thereafter. Customers can cancel the service at any time.

In late March 2014, the British online site Digital Spy picked Readly as one of the best new mobile apps of that week. It wrote the company “has been touted as the Spotify of the digital magazine world, and it has the potential to change the way readers access their periodicals.”