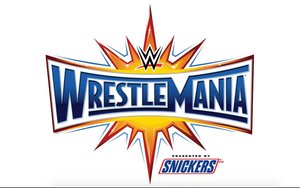 If you are one of the more than 70,000 fans who will be in Orlando’s Citrus Bowl on Sunday, April 2, to see WrestleMania 33 in person, or one of the millions worldwide watching it stream live on WWE Network PPV, or one of the estimated 100,000 in Orlando specifically for WWE WrestleMania Week, one thing is certain: You not only will get your fill of WWE superstars, you’ll also see lots of activation by WWE partners and sponsors.

5-Hour Energy has signed on as presenting sponsor for WWE’s developmental series NXT Takeover (April 1 in Orlando’s Amway Center) and the NXT Takeover pre-show on WWE Network, complete with heavy digital and social presence across WWE’s global platforms, including a sponsored Instagram “story” the day after WrestleMania (April 3).

Also in play: Snickers returning for its second year as WrestleMania presenting sponsor, along with DiGiorno, Cricket Wireless, Mattel, Foot Locker and Puma.

WWE said sponsorship has increased four times overall since 2010 and not just due to WrestleMania.

“When you have a brand with the global appeal of WWE, you have to make sure your partners amplify the message you want to take to the marketplace,” John Brody, EVP-global sales and partnerships for WWE, tells Marketing Daily. “We feel very confident about the partnerships we have.

Snickers will be present throughout WrestleMania 33 Week with sampling, signage and other activation. The Mars Inc. brand has also launched several national TV spots, via BBBO NY and WWE’s in-house creative team, touting the “You’re Not You When You’re Hungry” mantra with such WWE talent as Rusev & Lana, Bayley, Seamus, Ric Flair and The Miz & Maryse.

WWE star Sasha Banks will appear in a digital spot as part of DiGiorno’s multi-platform alliance. A separate 30-second spot will air during WrestleMania 33’s pre-show.

The pizza brand will also have digital and social activation, including custom banner ads on WWE.com with the message: “If you’re watching WrestleMania 33 at home, don’t go delivery, go DiGiorno!”  A sponsored Twitter Amplify program, featuring WrestleMania-themed content, will appear before, during and after WrestleMania 33.

Wholly owned AT&T subsidiary Cricket Wireless will air a 30-second spot during the WrestleMania 33 broadcast and appear on WWE.com, YouTube and other social assets with banner ads and branded content.

Mattel will sponsor the WWE Hall of Fame ceremony on March 31 and, like other WWE partners, have presence at WrestleMania Axxess, WWE’s four-day interactive and sponsor-laden fanfest (March 31- April 2 in the Orange County Convention Center).

WrestleMania 34 is scheduled for the Mercedes-Benz Superdome in New Orleans, April 8, 2018.

“Our partners have really embraced the platform of WrestleMania Week, including more than two dozen corporate social responsibility events,” said Brody. “We want to celebrate the event, create amazing content and stream live on WWE Network, but we also want to leave a lasting impact on the community and the region.”