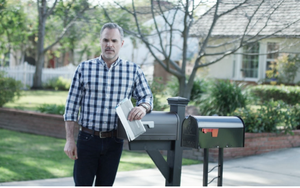 For all of the ways the Internet has revolutionized the way everyone does business, homeowners looking for home-improvement advice still turn to their circle of friends and neighbors for advice.

To combat the tendency, HomeAdvisor has launched a new marketing campaign to demonstrate how its platform can do all the things consumers are looking for in home improvement, including things that are far beyond what their neighbors can offer.

“Unlike travel, food delivery or car service providers, consumer behavior for home improvement hasn’t shifted radically to online,” Allison Lowrie, HomeAdvisor’s chief marketing officer, tells Marketing Daily. “Homeowners are primarily seeking references from other homeowners. Up to 70% of them are asking their friends, relatives and neighbors for recommendations.”

The new campaign, part of a $100 million advertising investment this year, depicts neighbors and friends having home improvement discussions. In one spot, two neighbors meet at their mailboxes and strike up a conversation about needing a roofing contractor. After getting a reference, one neighbor then asks the other to conduct a free background check, find additional quotes, research the average price for the job, and schedule an appointment for two weeks out. The message: “You can’t expect a neighbor to do everything HomeAdvisor can.” (A second spot shows a phone call between two friends, in which one asks for home painting recommendations and estimates to be returned in “about two seconds.”)

The creative, from Boulder, Colorado agency EVB, is intended to acknowledge consumers’ reliance on their neighbors for information without denigrating the source, Lowrie says. “It would have been easy to launch a smear campaign against neighbors, but knowing how people feel fondly about their neighbors, it would have worked against us.”

The spots are a departure from HomeAdvisor’s previous advertising, which was more “direct-response”-oriented and showcased the site’s features and capabilities. While the direct-response ads will continue to run, the new spots come as the company has reached a scale to begin building a brand, Lowrie says.

“We’re now at a point where we could utilize a more narrative style of creative and use humor to connect with our audience,” she says. “Three years ago, we wouldn’t have had the scale or feature set to advertise effectively.”

In addition, HomeAdvisor is broadening its media buy to include more broadcast network programming, in addition to more traditional home-improvement and sports programming on cable, she says. The goal is to reach a younger generation of home buyers, who may not yet have a cadre of improvement providers on hand.

“With this campaign, we’re looking to put an emphasis on first-time homeowners, who will be [home improvers] for the next 20 years,” Lowrie says.