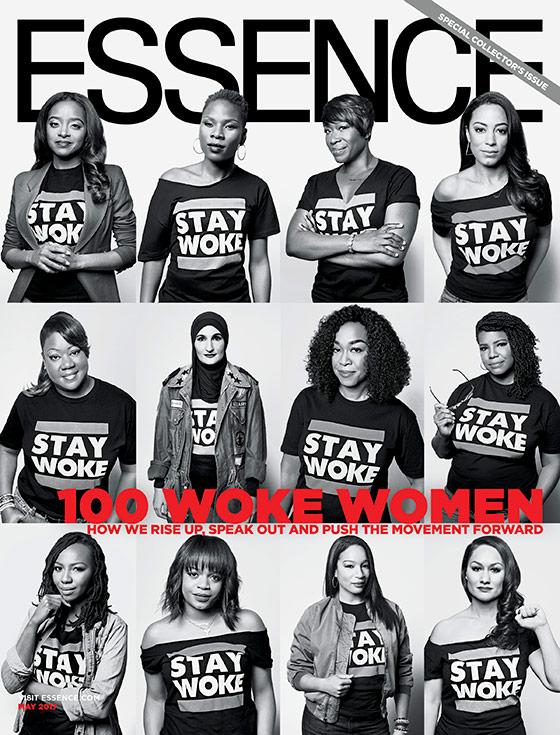 Essence is trumpeting women’s achievement in a singular way.

The May issue features its first #Woke100 list, which champions the top 100 women activists and social influencers.

Various female creators, educators, journalists and politicos were specifically chosen for their efforts to push for equal rights and the inclusion of blacks in American life.

The Woke 100 will also be celebrated at this year’s Essence Festival, themed “Woke Wonderland.” The presenting sponsor is Coke, along with major sponsors Ford, McDonald's, State Farm and Walmart.

In an Essence video, Rhimes, the creator/executive producer of "Grey's Anatomy," "Private Practie" and the political thriller series "Scandal," said the effort is to underscore for readers that "the world is not a simple place, that everything is not all equal, and that justice has not happened yet for everyone."

Editor-in-chief Vanessa De Luca states Essence is “beyond proud” of the list and that it tried to “summon a circle of women who are shaping the narrative of today’s social and political climate.”

She cites the Woke theme as the “intersection of passion and purpose.”

Essence is part of the Time Inc magazine group. The May issue goes on sale April 21.