PBS Documentary Asks: Is It OK To Joke About The Holocaust? 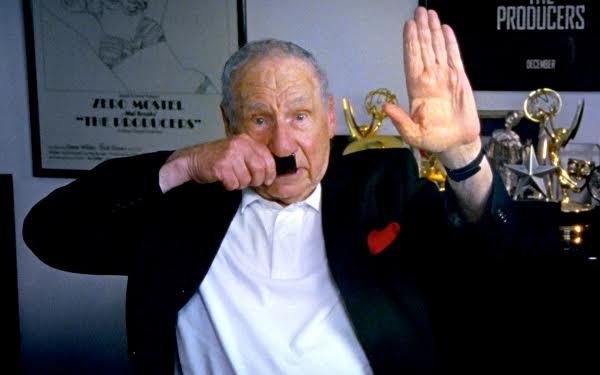 You can be excused if you have never pondered the question posed by this new PBS documentary titled “The Last Laugh.”

This documentary -- premiering Monday night as part of the ongoing “Independent Lens” series of documentary films -- explores whether or not it should be OK for comedians to joke about the Holocaust.

My first reaction to this concept as the underpinning of an entire 90-minute documentary was to wonder why this question is being asked in the first place.

With all of the subjects -- touchy or otherwise -- that people talk about today, the question of the Holocaust as stand-up comedy material is a subject that no one seems to be raising these days.

And yet, here’s an entire documentary on this subject that seems to have left no comedy stone unturned in its pursuit of the answer to this question.

Which is to say: If this question is meaningful or important for you, then you will likely never encounter a more thorough and comprehensive examination of this issue in your entire life.

The director, Ferne Pearlstein, has done a remarkable job wrangling interviews with comedians, Holocaust survivors and others who delve into every possible facet of this issue.

In addition, no TV show, movie or stand-up comedy routine in which Nazis and/or the Holocaust are mentioned seems to be omitted.

If you are expecting an examination such as this one to touch on everything from “The Producers” (the original movie from 1968) and “Hogan’s Heroes” (TV’s most notorious sitcom about life in a Nazi prison camp -- and the only such show that was ever made with this setting) to “Life is Beautiful” (the Italian Holocaust comedy from 1998), then you won’t be disappointed.

They’re all discussed here, along with just about every Holocaust joke that ever popped into the public consciousness.

There aren’t that many of these, but as this documentary points out, two female comedians -- Sarah Silverman and Joan Rivers -- were not shy about including comedic observations about the Holocaust in their routines.

Silverman is among those interviewed in the documentary. Joan Rivers is not, probably because this film was put together after her death in 2014.

The list of interviewees is long. From the world of comedy, they include Mel Brooks (pictured above), Carl Reiner, Rob Reiner, Jeffrey Ross, Gilbert Gottfried, Larry Charles (director pf many “Seinfeld” episodes and director of “Borat” and other movies), David Steinberg, Judy Gold, Lisa Lampanelli, Harry Shearer and others.

One entertainer who was interviewed stands out because he is a survivor of a Nazi concentration camp who later went on to star as a cast member on “Hogan’s Heroes” -- the actor Robert Clary.

The filmmaker made a great effort to balance the various opinions with those of real Holocaust survivors, including Abraham Foxman, long-time national director of the Anti-Defamation League.

To fill its 90-minute length, the documentary devolves at times into a discussion of all comedy generally, with particular attention paid to Lenny Bruce and the controversial material he wrote and performed about ethnic groups that liberally used slang terms for various “minority” groups (as they were called in the 1060s).

In this documentary, various examples of profanity are bleeped out. But the n-word is not, particularly as it comes up in routines ranging from Bruce’s stand-up act to “The Chappelle Show.”

With the interviewees coming at the subject from a variety of angles, the documentary’s central question is not answered definitively. Nor does it have to be.

For example, Abraham Foxman doesn’t appreciate Holocaust jokes from the likes of Rivers, Silverman and Sasha Baron Cohen because he thinks the jokes help sustain anti-Semitic stereotypes. In the film, Foxman blames Jack Benny for propagating the myth of “the cheap Jew.”

Many of the comedians agree that jokes about Hitler and Nazis are OK, but jokes specifically about the Holocaust are not.

“Anything I could do to deflate Germans, I did,” says Mel Brooks.

“The Holocaust itself is not funny,” says Rob Reiner. “There’s nothing funny about it. But survival and what it takes to survive -- there can be humor in that.”

Even Robert Clary, who was the only Holocaust survivor among the 13 members of his immediate family, understands the power of comedy, even in the most dire of circumstances. Says he: “You have to have a sense of humor.”