Caitlyn Jenner's Media Blitz Is No Guarantee Of Book Sales 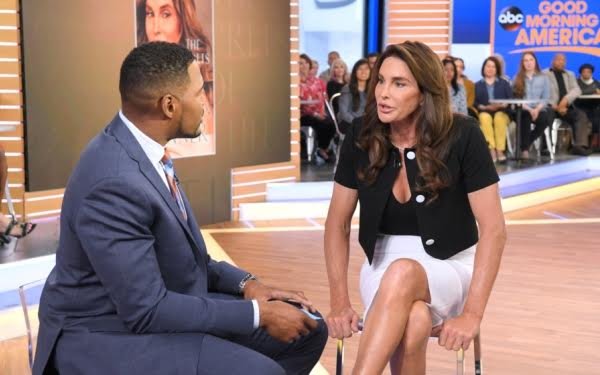 Media blitzes do not necessarily translate into book sales.

Certain friends in the publicity business whose opinions I respect have long schooled me in this subject.

A celebrity author can be booked on every top talk show imaginable in the space of a week or two, and the end result might be plenty of stories about what the celebrity said or what the book reveals. But actual book sales? That goal often proves to be elusive.

Caitlyn Jenner is on such a blitz right now. She’s promoting her new memoir titled “The Secrets of My Life.”

This particular promotion campaign got underway last Friday night with a special edition of “20/20” on ABC in which Caitlyn was interviewed by Diane Sawyer.

In April 2015, Caitlyn and Sawyer collaborated on Caitlyn’s TV coming-out when they starred in a two-hour interview special that drew more than 17 million viewers on a Friday night. It was one of the year’s most talked-about shows. Last Friday’s one-hour interview drew 4.2 million viewers.

So what does that tell you? Well, either the pre-show buildup -- i.e., publicity push -- was inadequate, or the publicity was more than adequate, but people didn’t tune in because they don’t particularly care about the Caitlyn Jenner story anymore.

This story seemed to have reached its apogee in 2015 with the Sawyer interview, the subsequent Vanity Fair cover story, Caitlyn’s high-profile acceptance of an ESPY Courage Award on live TV in July of that year, and then, that same summer, the premiere of her E! reality show titled “I Am Cait.”

Stories in the news do have life spans. For all intents and purposes, the Caitlyn Jenner story seemed to have had its time in the limelight, even if Caitlyn herself continues to live this story everyday.

Two years later, she is back on the talk-show circuit flogging this book. In addition to the Sawyer interview last week, Jenner has turned up on “Good Morning America” (with Michael Strahan in the photo above), “Live with Kelly” (with guest-host John Leguizamo), “Tucker Carlson Tonight” on Fox News Channel, and possibly elsewhere. After all, it is only Wednesday. An interview also moved this week from the Associated Press.

Additional publicity came courtesy of “Keeping Up With the Kardashians” on E! this past Sunday night. On the episode, Caitlyn’s ex-wife, Kris, was seen reacting to the book and taking issue with the portions in which Caitlyn discussed their marriage.

Kris was very angry, but the fact that the book was discussed on this show was probably one of the best publicity hits the book has gotten thus far. Despite Kris’s unhappiness about the book, the “Kardashian” show audience comprises precisely the kind of potential book buyers this publicity campaign probably needs to reach.

On the other hand, the audience for all things Kardashian happens to like Kris Jenner. And while this is just one TV blogger’s opinion and might not reflect widespread viewpoints, Kris always comes across as a more attractive personality on TV than Caitlyn does.

Caitlyn was even seen recently on “Keeping Up With the Kardashians” discussing his forthcoming book with Kris over glasses of wine across her kitchen island. As happens often with Caitlyn, he seemed disdainful of various things Kris was saying and, in fact, ignored her at times when she raised subjects and made points to which most people would naturally respond in some way.

Instead, Caitlyn spoke airily about one of his belongings that he had not yet retrieved from the house. It was a handgun that he said he needed for protection because he now lives alone in his own house (on a bluff in Malibu overlooking the ocean, if memory serves).

It was an odd conversation -- understandably awkward – but it also highlighted Caitlyn’s self-centered personality. Again, this is a very subjective opinion, but she’s not particularly likable when she appears on TV. A more likable personality would probably drive book sales more than any number of talk-show appearances.

Of course, books are a hard sell generally today. On Wednesday morning -- the day after its release -- “The Secrets of My Life” was being offered on the Barnes & Noble Web site for $19.72, discounted from an apparent cover price of $30. The Nook version was $15.99.